Over MLK Jr. weekend, Austin and I hung out with our best friends from college. We went to the beach and then went out for dinner (where the guys saw Oscar from The Office but didn’t say anything). At the end of the night, we went to Salt & Straw to get ice cream! Our friend Michael went 52 times in 2018, and everyone in the group loves ice cream. I had been telling Michelle that I wanted to take pictures of her and Connor on an ice cream date so I was excited to get the opportunity.

Shooting: It was already dark when we got to Salt & Straw so I knew it would be a good opportunity to practice. There were lots of lights but they weren’t super flattering. I raised my shutter speed, but I didn’t want things to look too noisy so I don’t think I turned up my ISO enough—a lot of my pictures ended up being pretty blurry. But it was a fun challenge!! I really wanted the white wall picture but because of all the lights it ended up being more pink/green… but I like the effect! That’s what it looked like in reality, and sometimes reality is better (and… more real…) than what you envisioned.

I also really really wanted to get the “through the window” look but the light from the store opposite the ice cream shop was SO BRIGHT.

Editing: These were super tricky to edit and I learned a lot along the way! Because I blew out the Salt & Straw sign, I couldn’t recover all the highlights because the light above the sign especially blew out the top middle. I also didn’t want to underexpose too much to retain highlights in post since I know that my camera’s dynamic range makes bringing up shadows really muddy. I struggled a lot with the white wall picture because there were so many different colored light sources—part of Michelle’s face had a green light while another part had red, and since those are kind of opposing colors (at least on the tint scale) it made it tricky! But I love how it turned out. 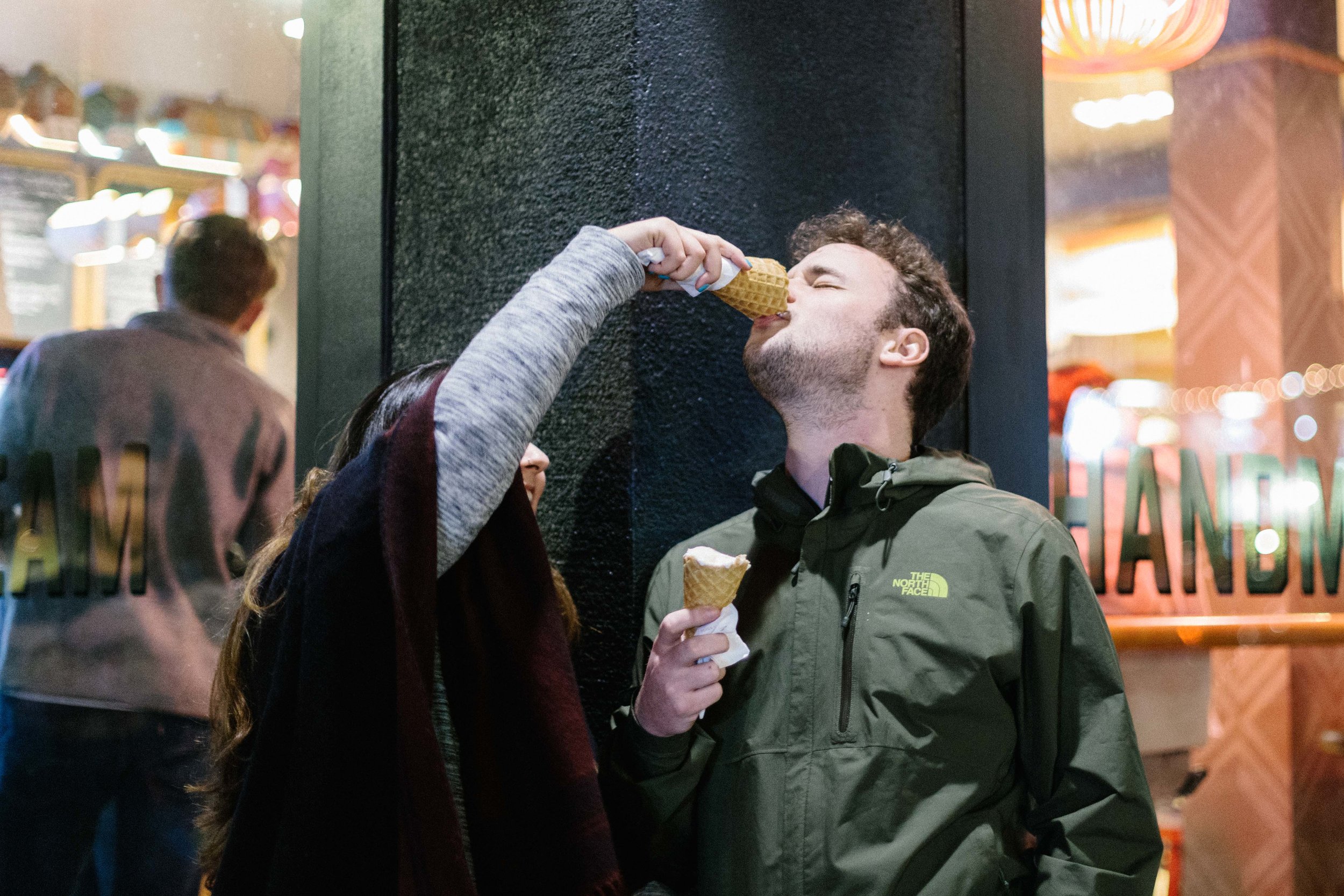 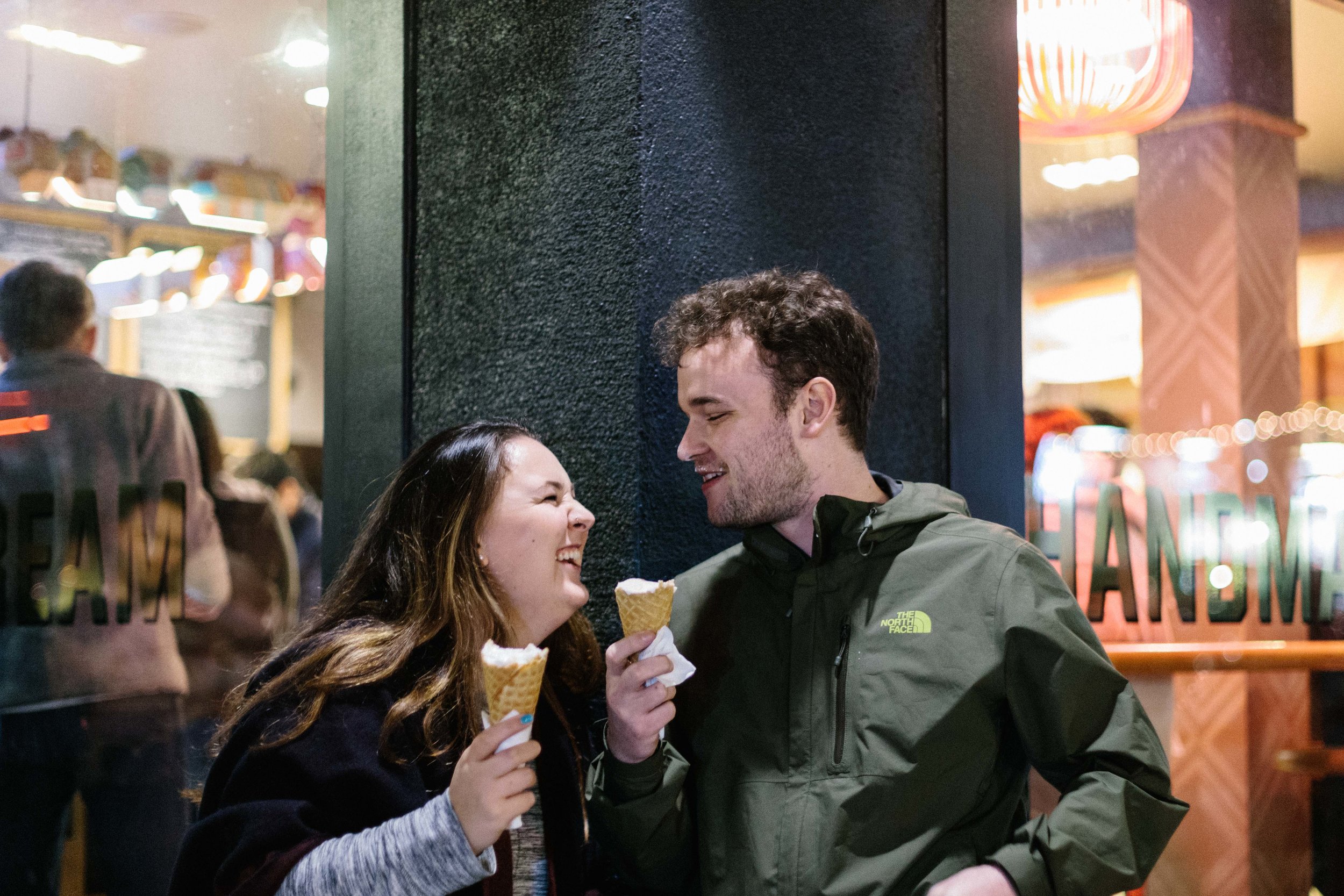 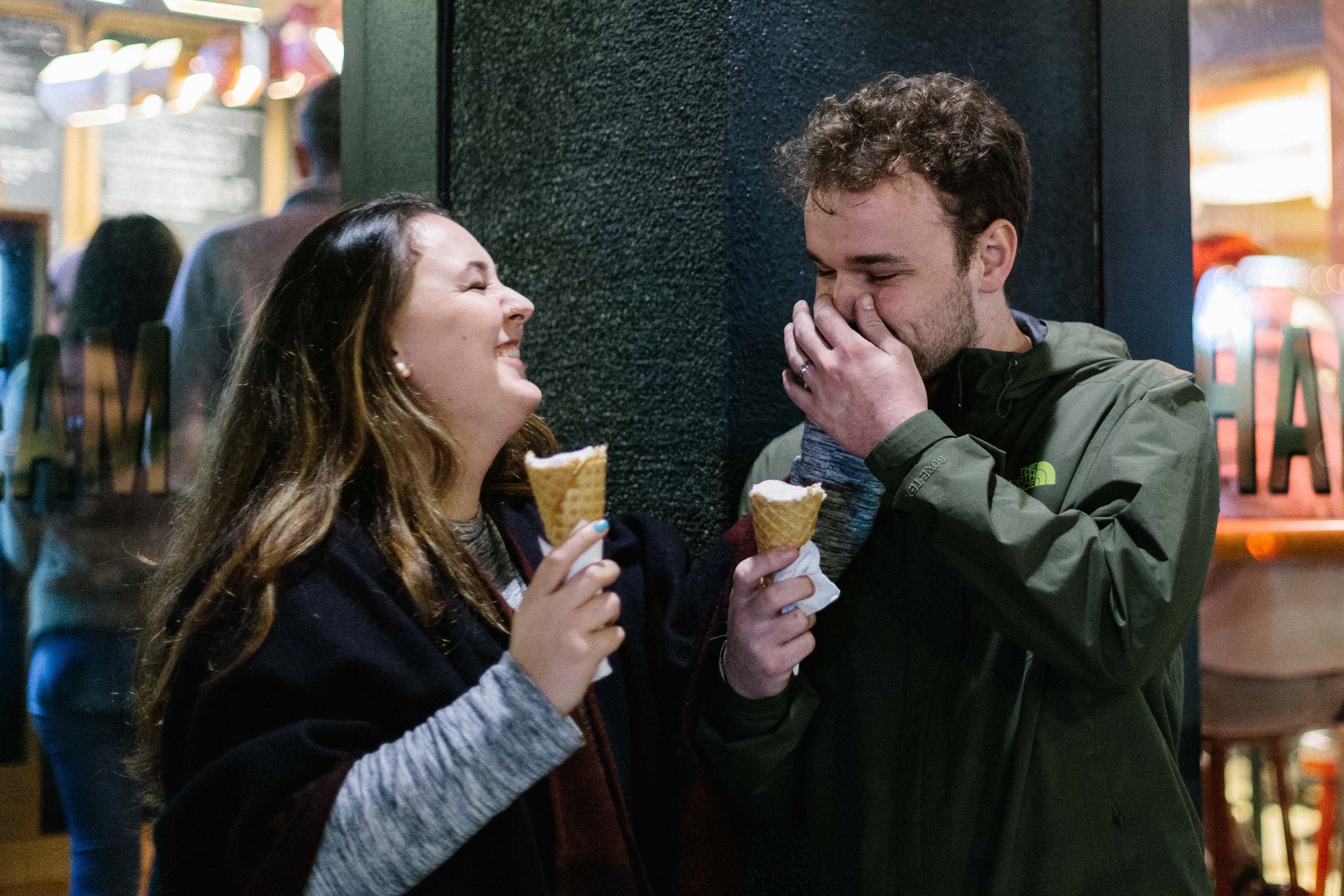 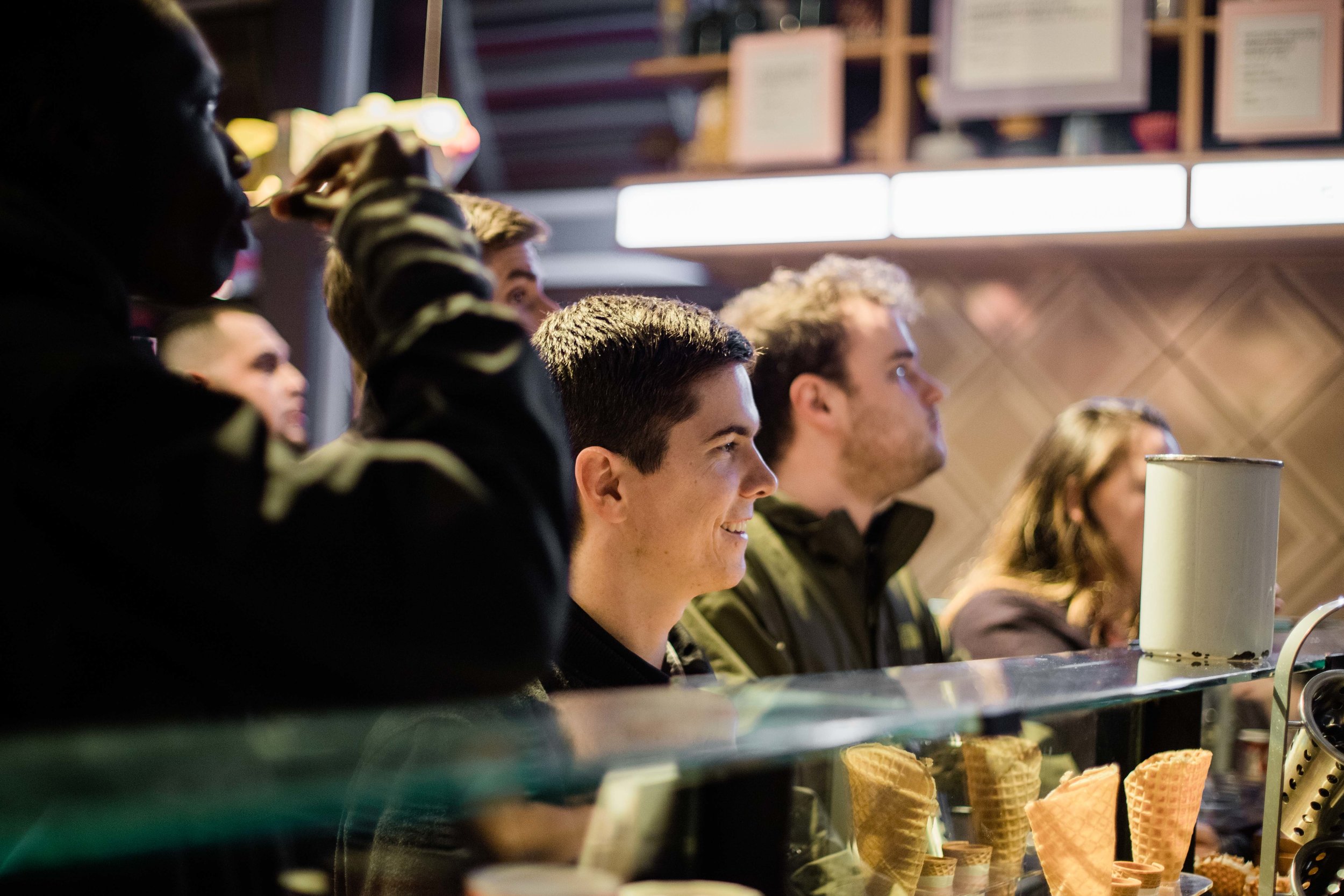 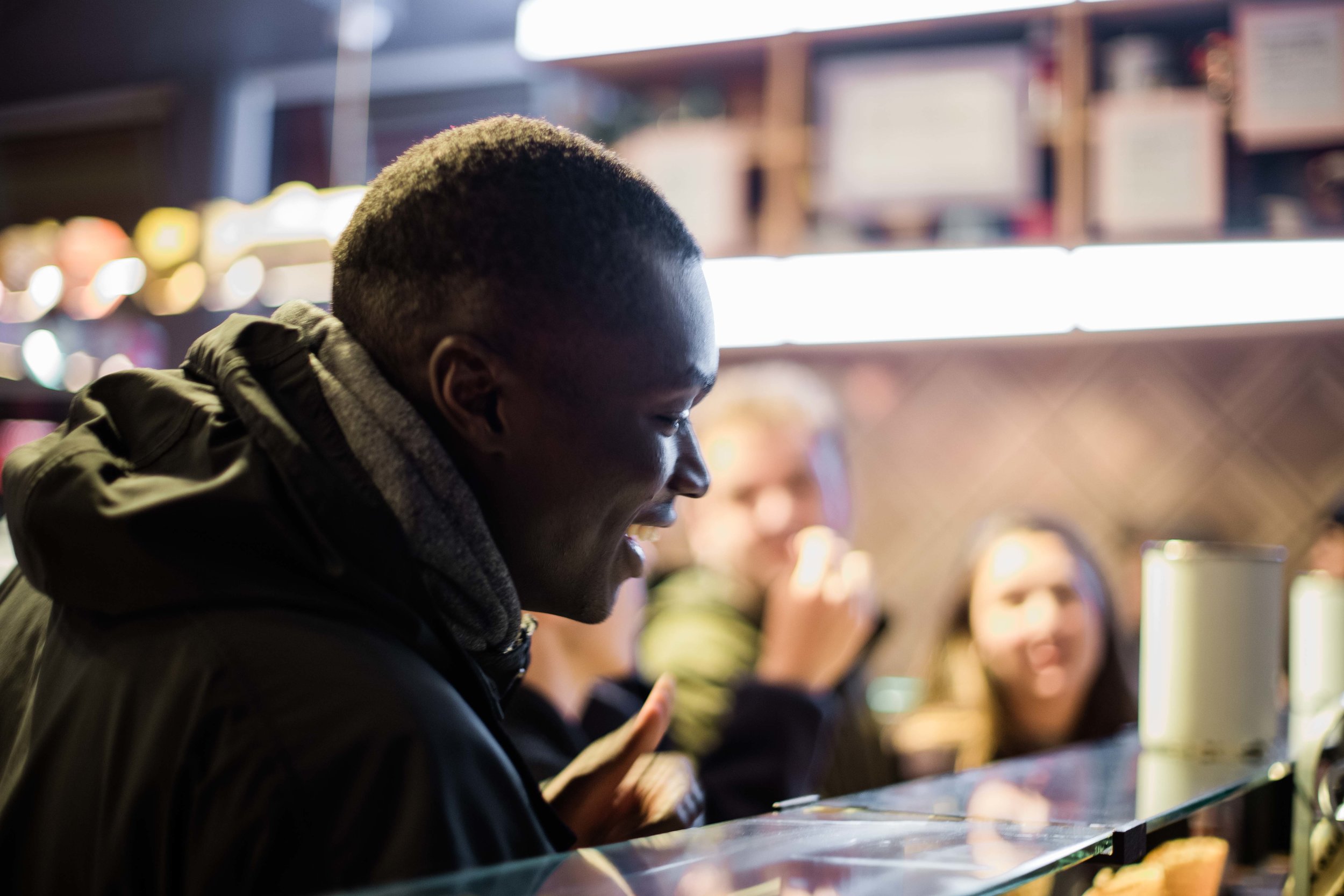 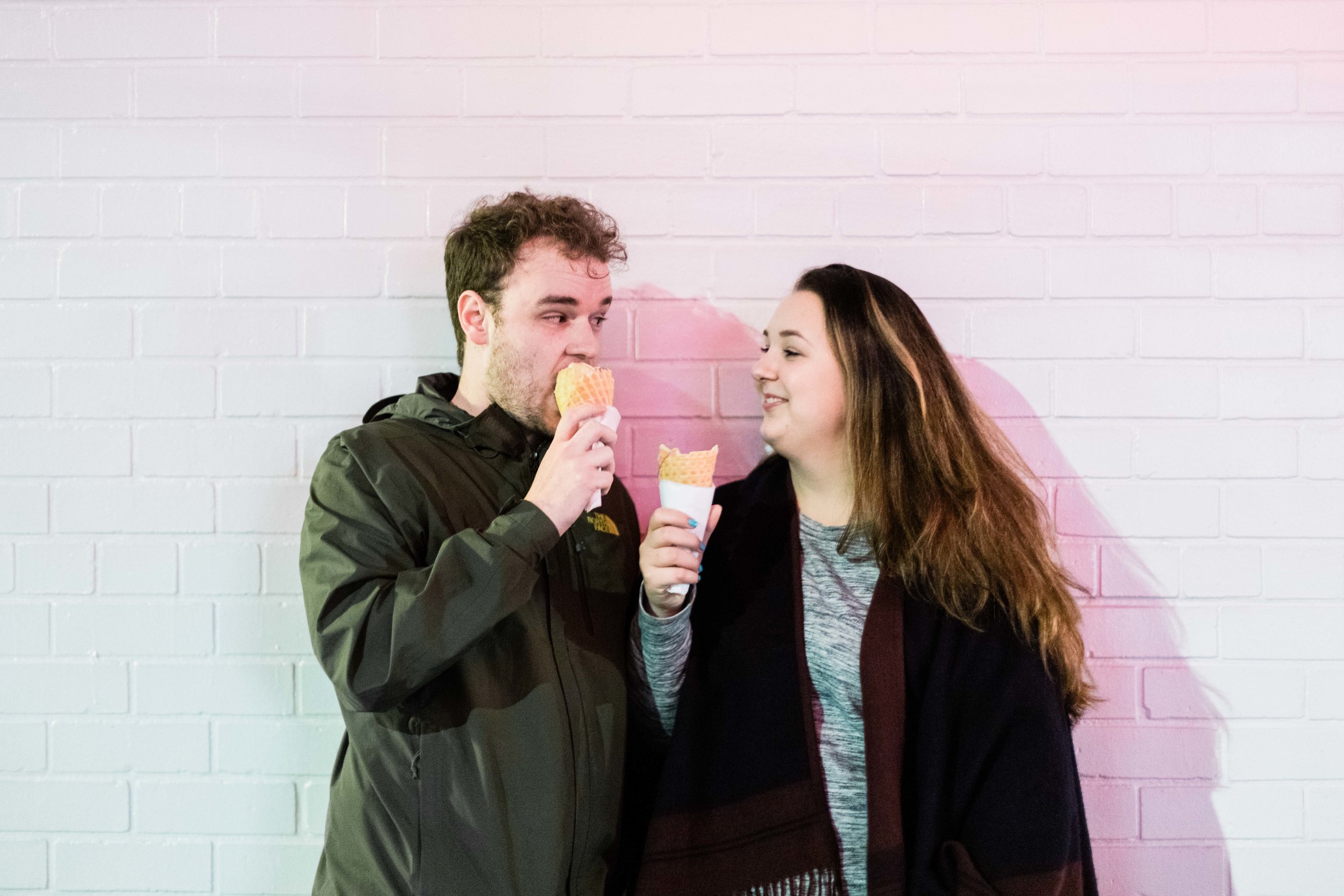 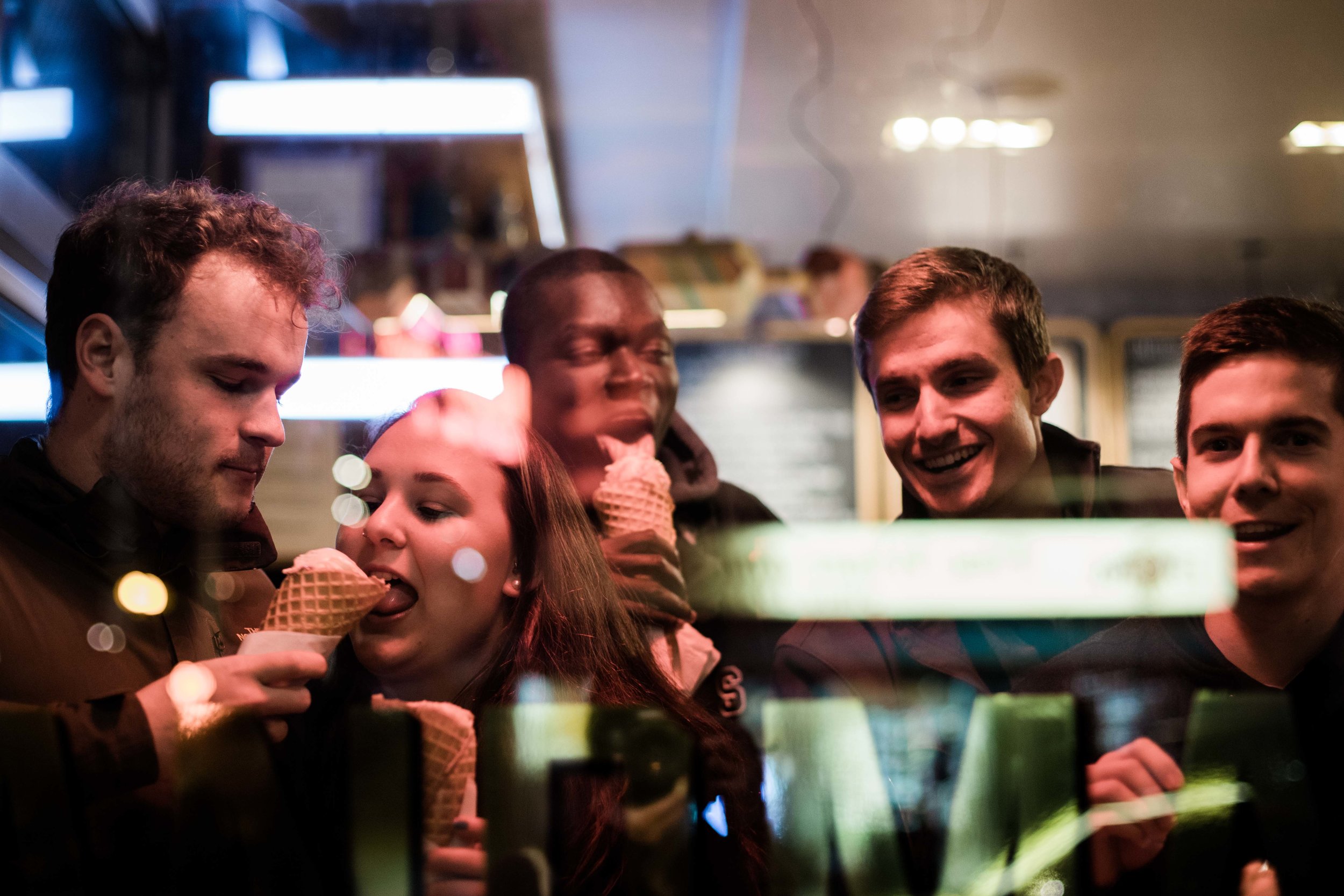 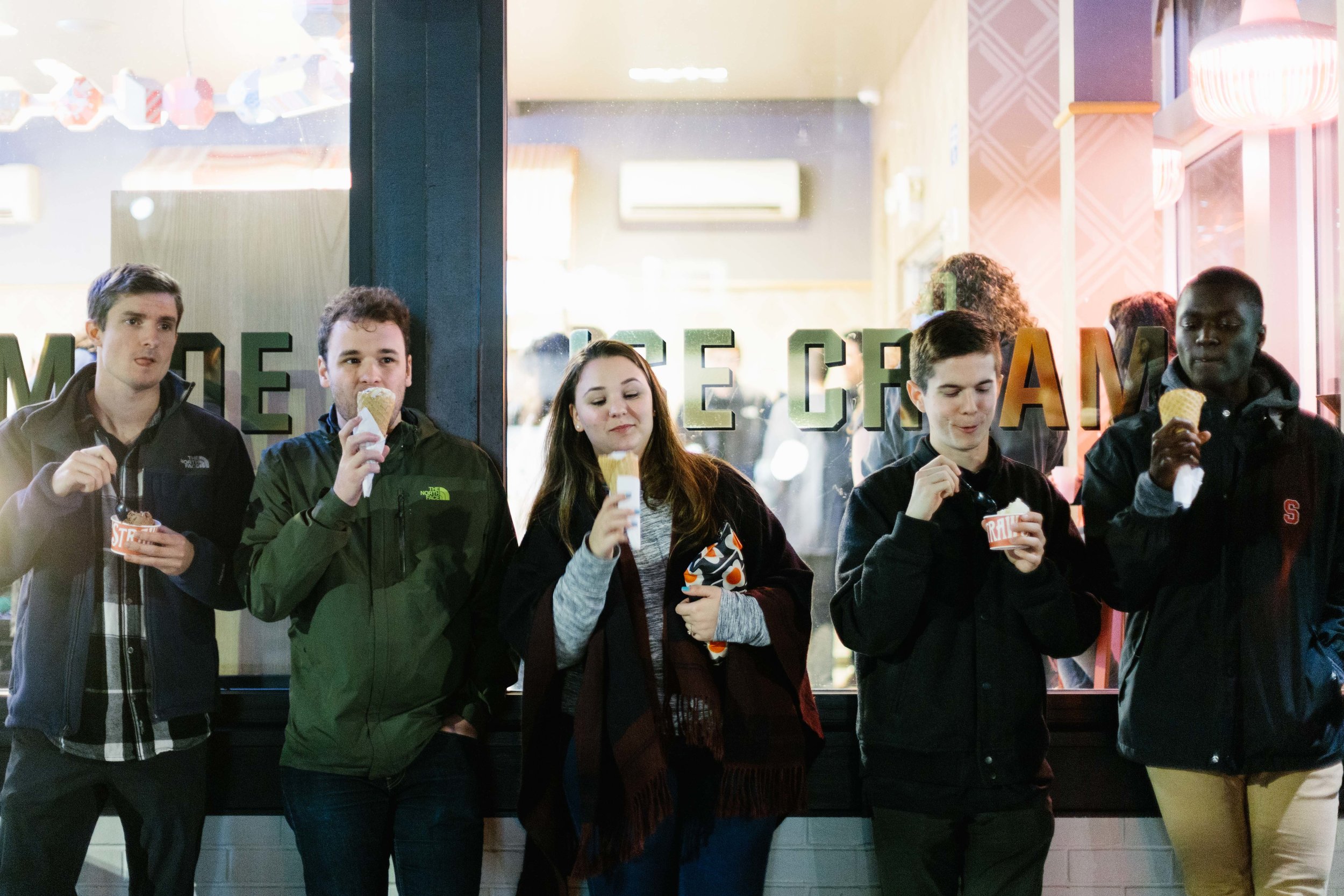 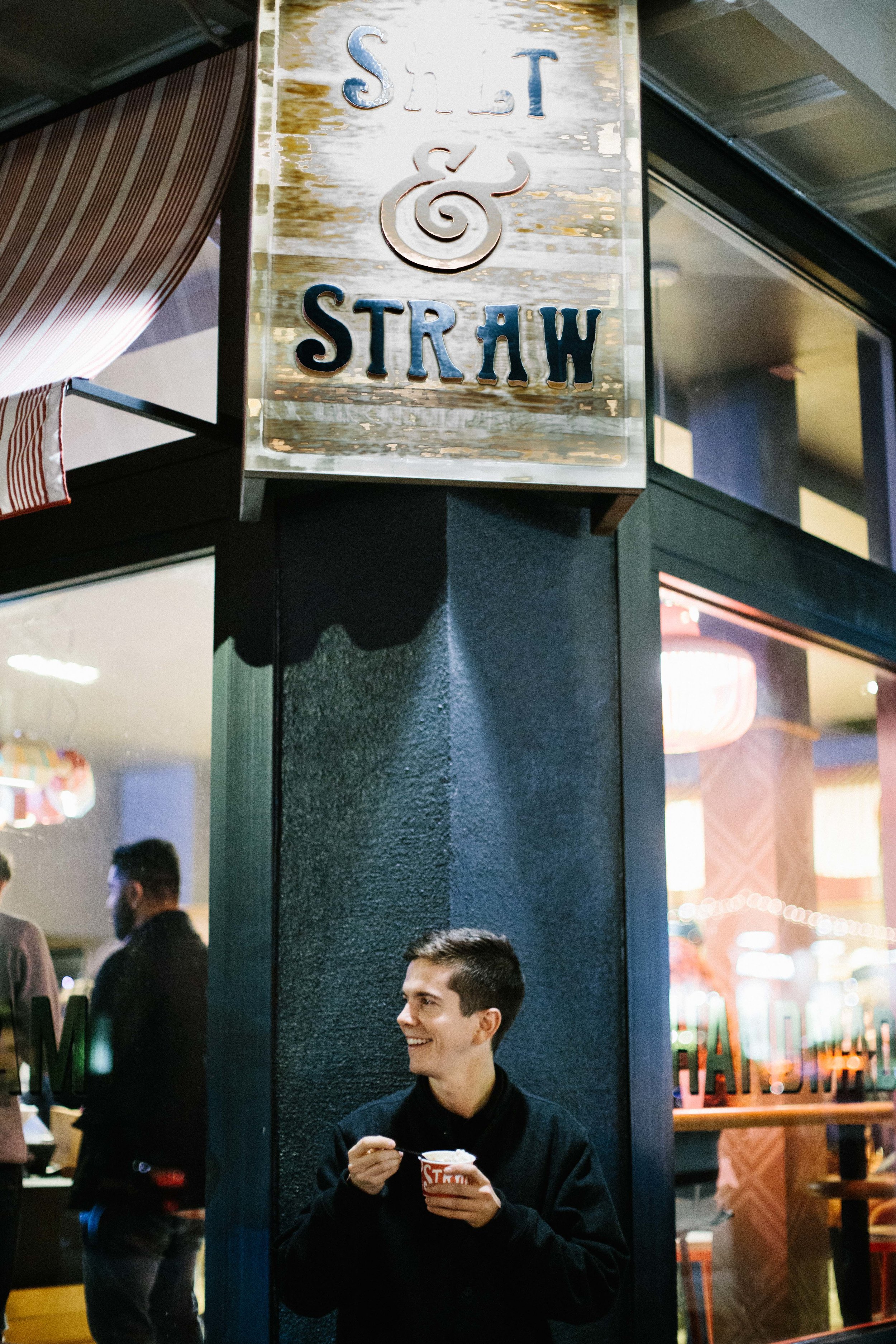