Austin used to live with these girls and seeing them all grown up is so weird and exciting. Hearing the younger one speak full sentences is so bizarre!

I’ve been loving all my family sessions lately!

Shooting: My card would jam when I tried to take photos really quickly — come to find out the write speeds of my memory cards weren’t fast enough! When I originally bought these cards, I thought I had gotten good ones because I did my research. I have 5 or 6 memory cards right now and when I realized that they’re all the “slow” ones, I was frustrated at myself but Austin reminded me that I had to learn somehow. Plus since they’re the “slow” ones, they weren’t expensive at all. And I can still use them on my crop sensor camera with no issue. I think when I shot the wedding I didn’t have this issue because I was using a 5d Mark IV so I had a CF card that gave me extra write speed.

I switched from AI Servo to One Shot halfway through because the Servo focus wasn’t changing fast enough to catch up with the girls (but isn’t that the point of Servo)? And at one point they were jumping off a table so I knew where I wanted them to be in focus so I used One Shot. I need to read more about the focus modes to decide what works for me. Also I’m trying to use back button focus but I’ve read that a lens that needs microcalibration sometimes doesn’t work well with back button focus. So much to learn and read about! Also I think I should use a 35mm for family sessions because I like walking pictures, and I need a slightly wider angle, even though I LOVE a 50mm on a full frame and there’s much less distortion.

I also need to start shooting at a MUCH faster shutter speed! So I captured a bunch of somewhat blurry pictures that I really wish had turned out perfect because the expressions are so great, but also sometimes blurry pictures are fun because they capture movement?

Also I think for moving pictures I should start out farther away and then crop so I don’t end up quickly missing the bottom of a shoe or missing the top part of someone’s head.

Austin was there with me to entertain the girls and make them laugh so that was helpful!

Editing: I had Austin pose in different spots so I could take test shots. The place that had the most beautiful light had cars/houses in the background though! And I tried to clone out the cars but it was a huge struggle so I only did it for one picture. I also find it much easier to edit in the style I like when there’s sun. Even though this was a sunset session, the trees did shade quite a lot. I do think it’s better to do family sessions where there’s shade though, since there are kids who don’t want to run around chasing light. Or I can start a session earlier if I know there’s going to be shade so that we can then move to a sunny location once the sun has set more.

This was the most challenging session to edit thus far because of my own fault but I learned so much!! 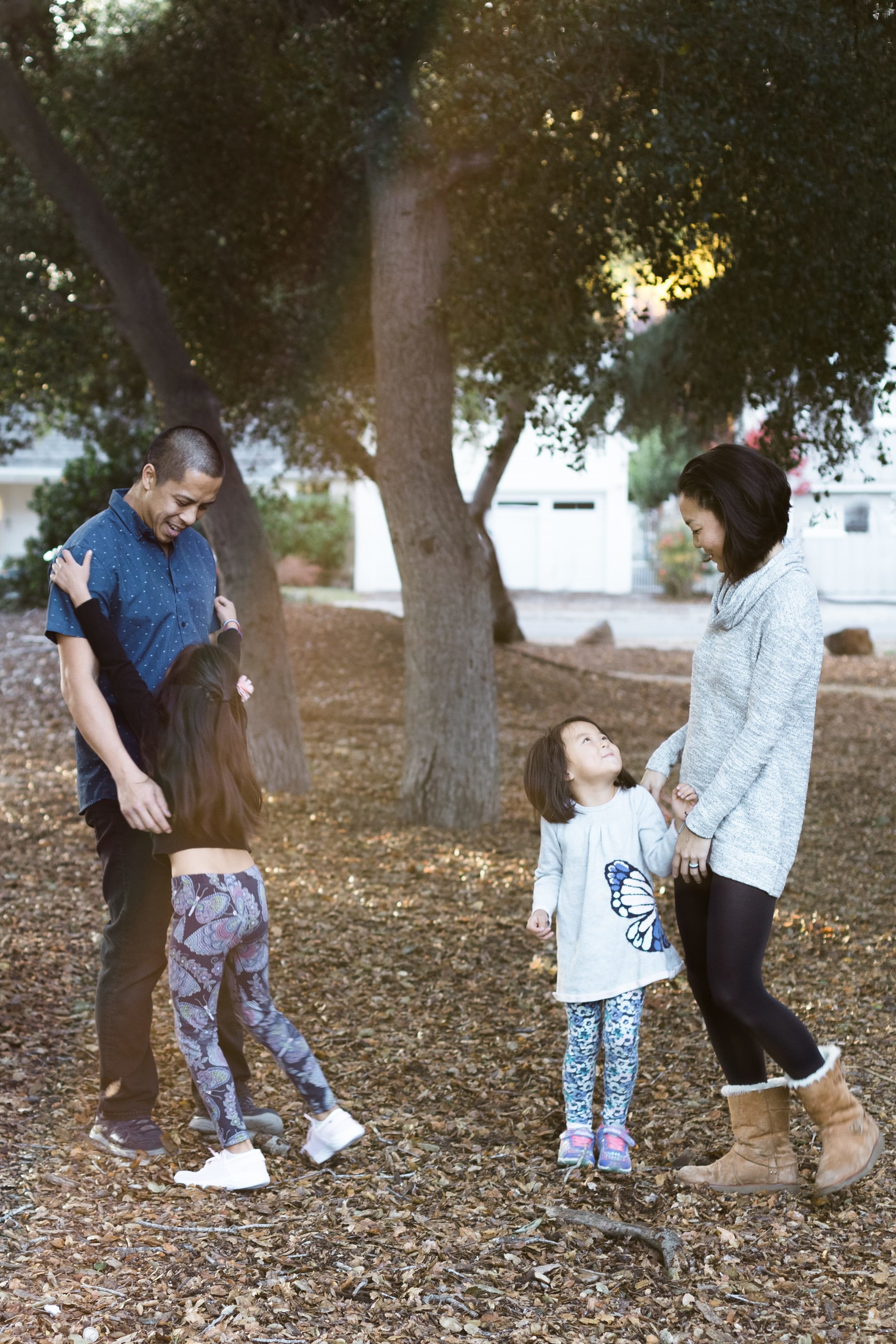 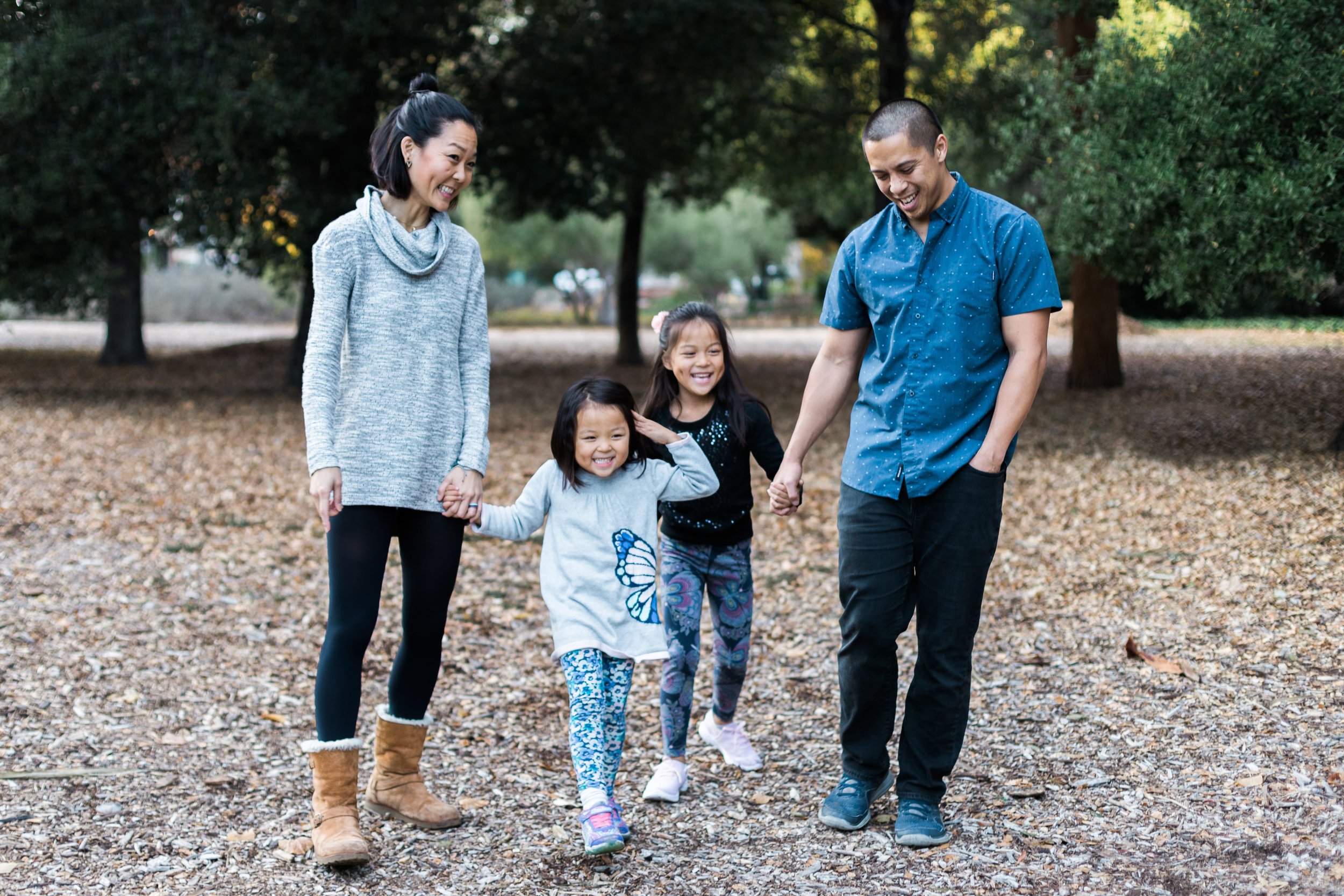 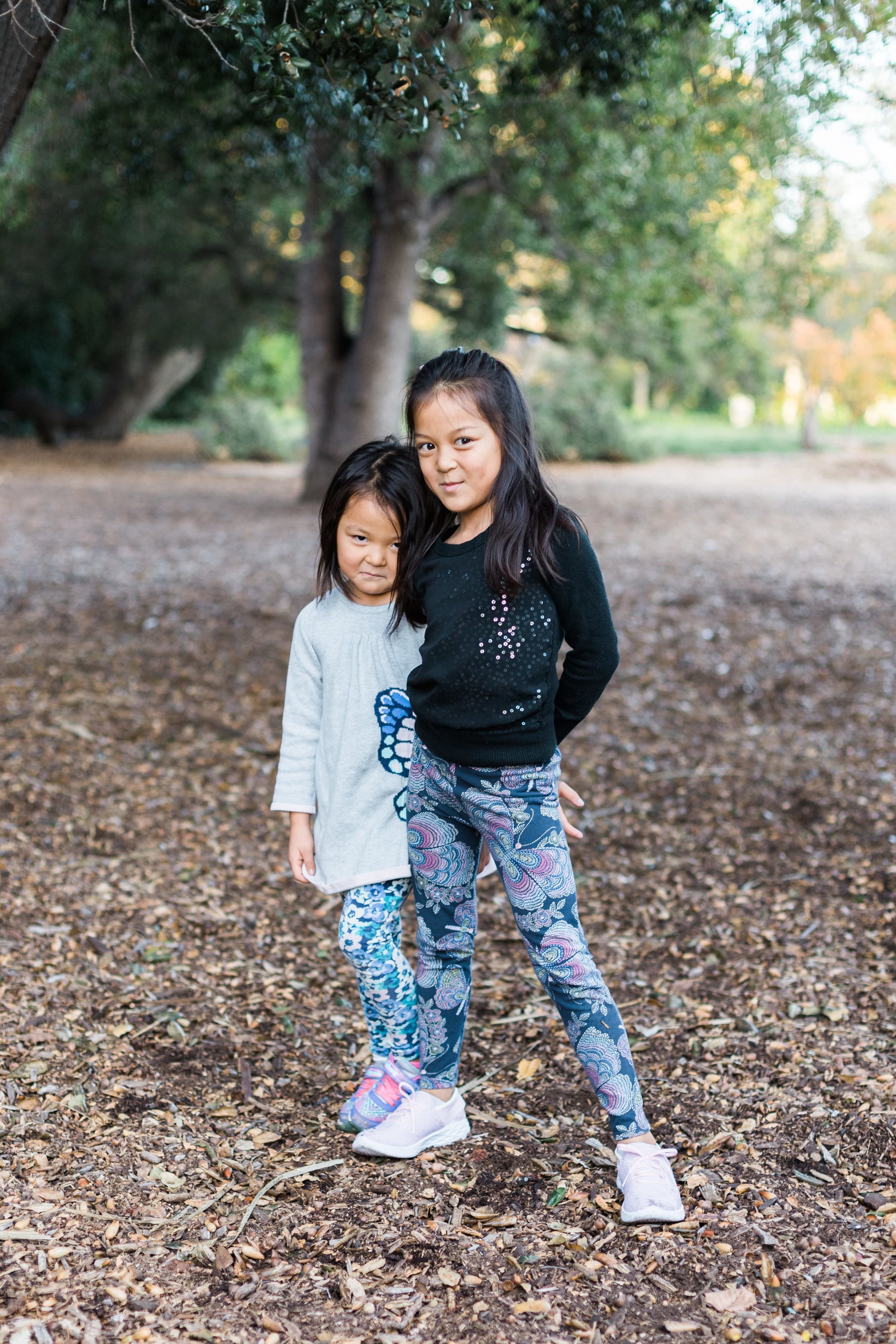 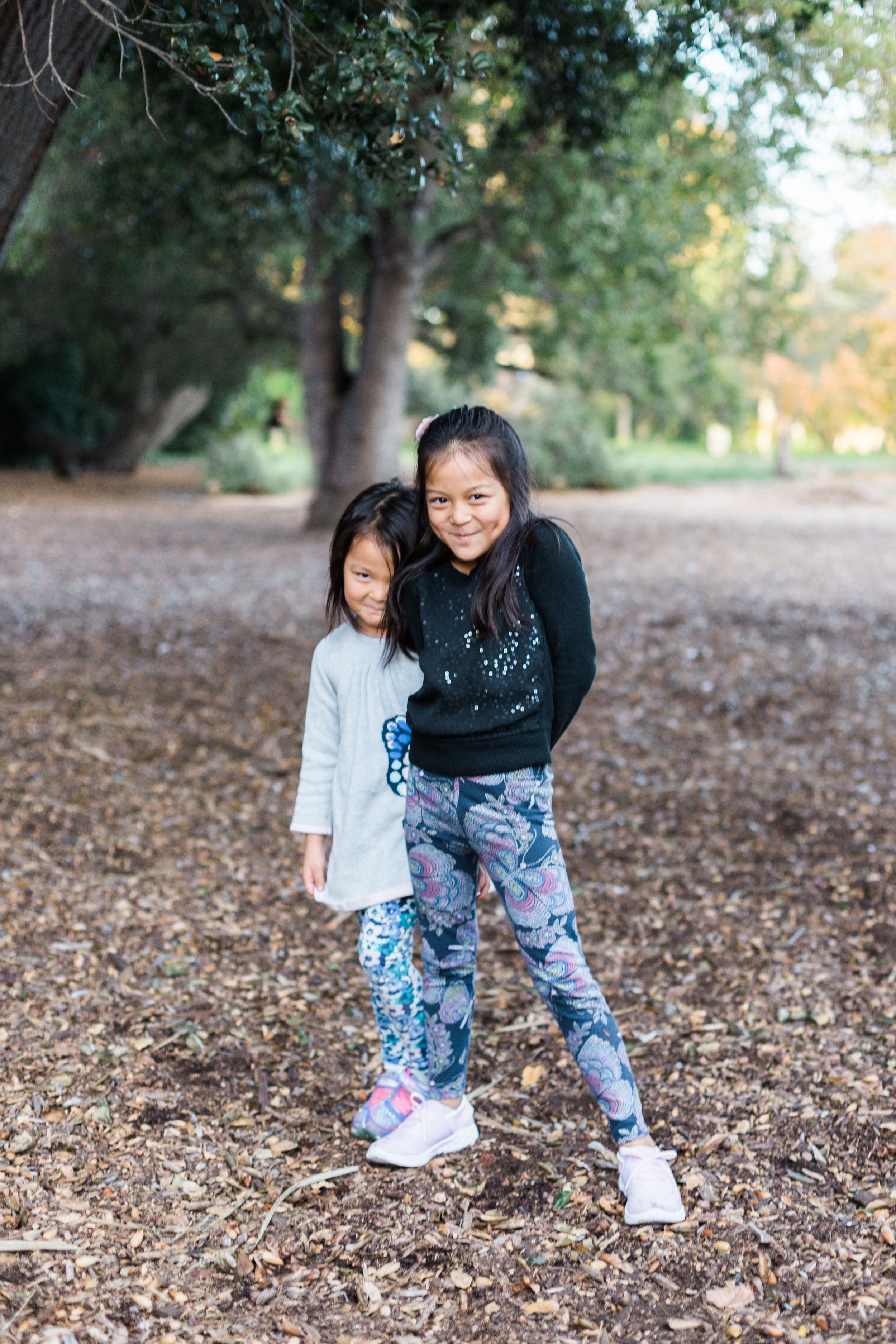 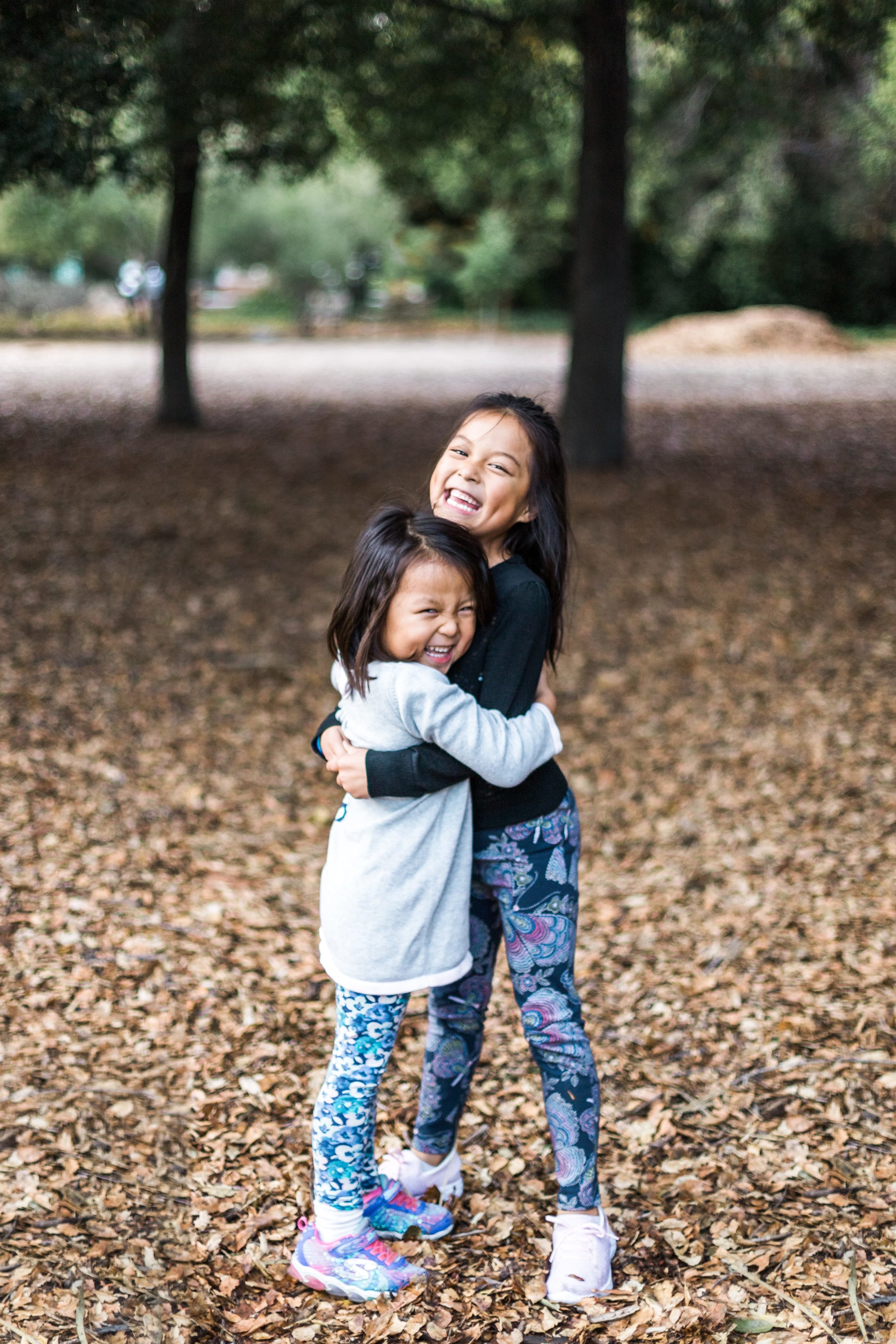 Here are some slightly blurry ones that I still love! Blurriness makes it look more like film right?? 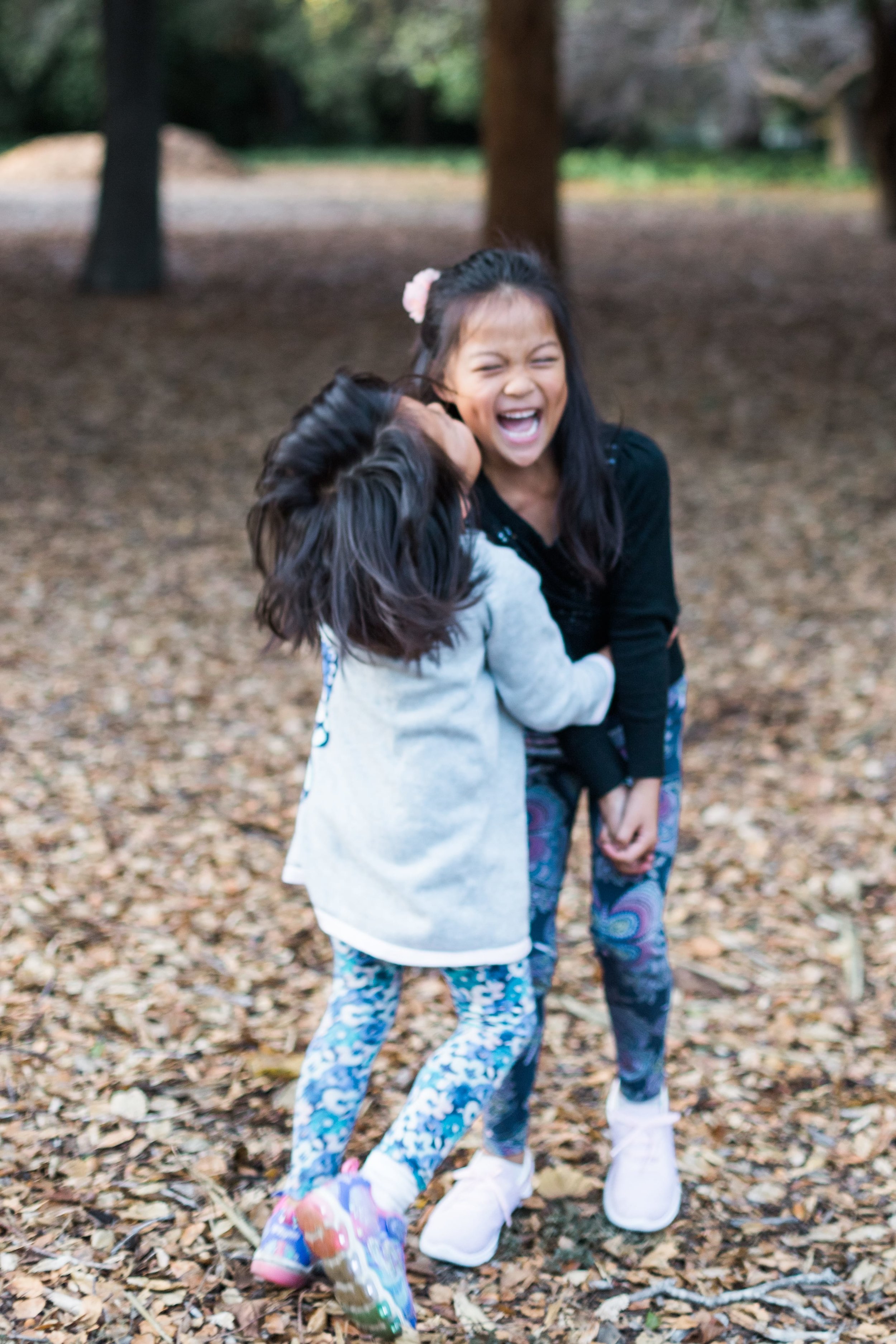 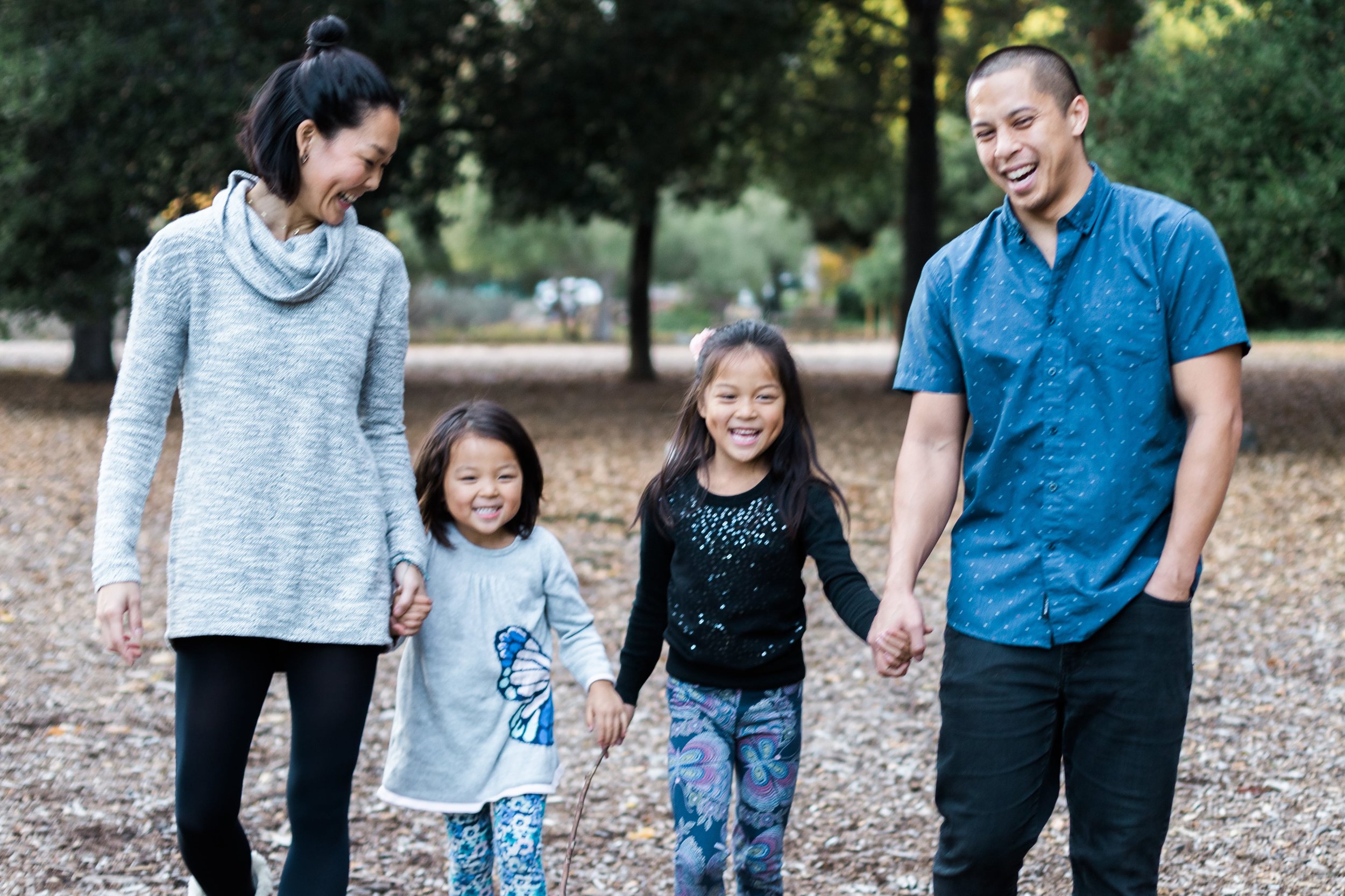 I struggled with white balance here and also really didn’t want to edit out the cars (you can see that I tried in the very first photo in this blog, and the light was really interesting because of how the sun filtered through the trees) because I tried and failed miserably. 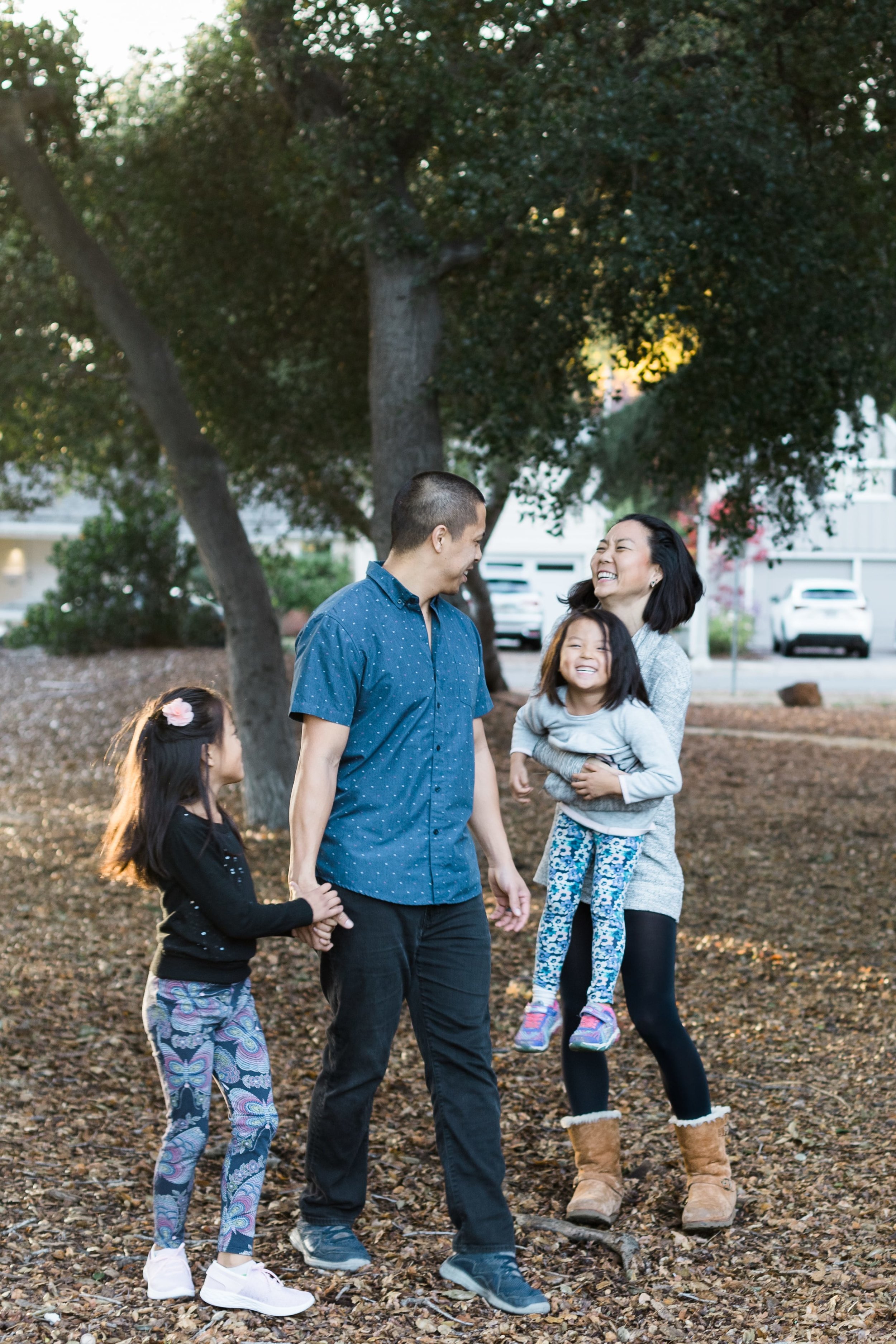