I had the pleasure of photographing Zach and Aly’s wedding at Redwood Ranch right outside of Sequoia National Park. Aly and I became friends in 2016—I got to watch her meet Zach, date Zach, get engaged to Zach, and marry Zach!!!

They are an incredibly thoughtful couple and my life is fuller because of the time Aly and I spent together.

I edited this wedding differently than my normal style—the wedding vibe was so warm so that I felt like it should have a warmer look! Also you can see more highlights here since I kind of destroyed the quality of my photos (I’m using a new blogging tool).

Their wedding was ridiculously beautiful. The wedding was so intimate (fewer than 50 people), so beautiful in the Sequoias, and personal, from the signs inspired by National Parks to the party favors to the camping to the officiant being the groom’s sister. I saw so many incredibly detailed elements of THEM in the 2-day event.

Zach and Aly’s first date was a 6am meditation hike. Their relationship started in nature, and being outdoors was something they always bonded over, from dates to pick up trash along the California coast, to hiking with family, to van camping in Maui to explore the island, and so much more. They share a passion for protecting and admiring the planet, so they wanted to commit their lives to each other in a similar setting.

After getting engaged on a snow-covered mountain, they found Redwood Ranch on Hipcamp (one of their favorite places to find off the beaten path campsites) and fell in love with it because it had a cabin that could house their families. They wanted their wedding to be an experience where two families could come together, play together, and eat multiple meals with each other, far from anything distracting. Growing up camping with their families, they wanted to evoke the same sense of awe in nature and togetherness they felt with loved ones.

The wedding was right outside Sequoia National Park, so it was fitting that the inspiration behind the whole wedding was camping! Visually, Aly wanted to add a touch of boho to the camp feel, with a casual and tasteful decor. Instead of a “color scheme,” Aly opted for more of a cohesive mood!

This included National Park-inspired “Camp Agoff” (their last name) and “Bride” and “Groom” signs that the bride make herself in Zach’s backyard!

Aly’s family friend made a chandelier out of vintage lace and twinkle lights for their lounge!

The party favors were camp mugs with their last name on them! Aly’s sister Katie and best friend Jenna made the beautiful signage for the wedding. Aly gifted her bridesmaids Pendleton towels, and Zach gave his groomsmen Crat Hatchets—both affordable, special gifts! The groomsmen wore their Crat Hatchets that Zach gifted them during the ceremony. From the bride: “They came up and begged me if they could wear them, and while it wasn’t on my original plans, I thought, why not? They were so proud, it was worth it.” 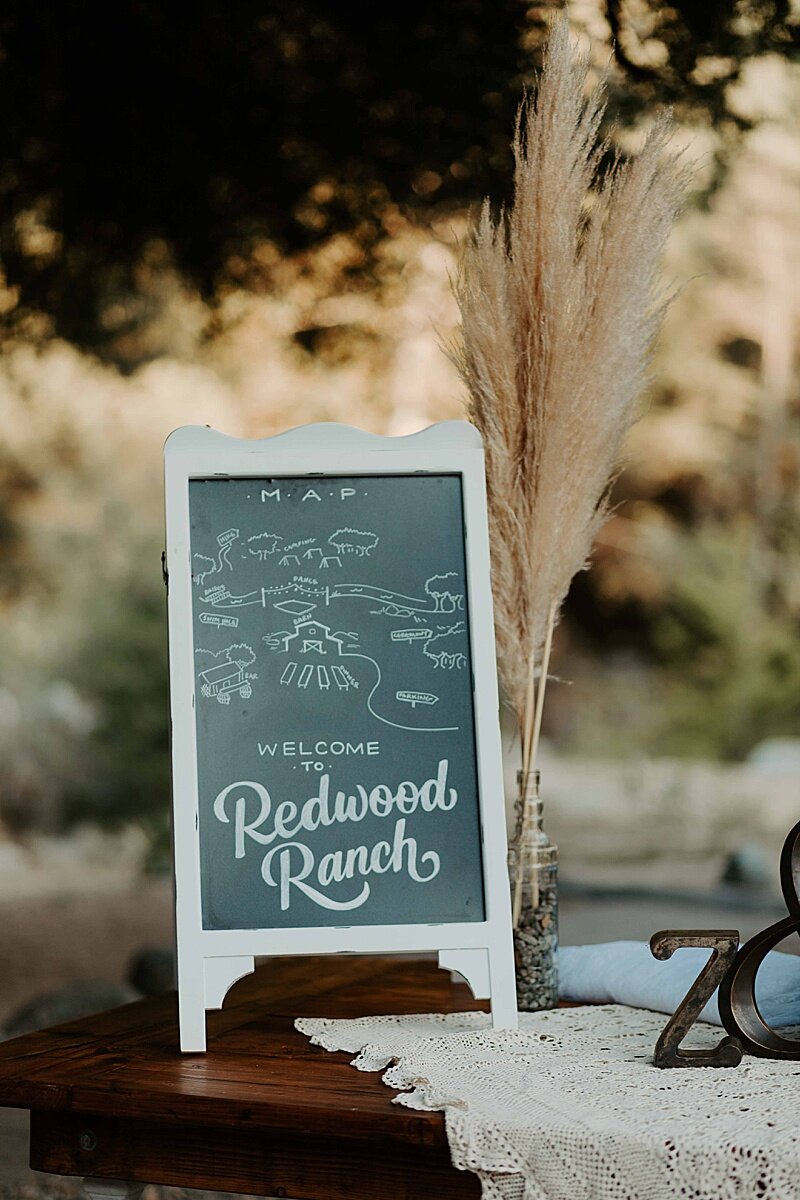 Guests arrived on Wednesday evening (the wedding was on a Thursday) to hang out, eat dinner, and participate in an open mic night! Aly’s dad sang her a song he wrote, and Zach sang his bride a sweet song. From Aly: “We have a lot of musically talented people in our families, so we wanted to go out on a limb and try something new. It could have easily gone wrong, and when no one had “signed up” via the email I sent out, I was a little worried. It ended up being so magical and fun.” 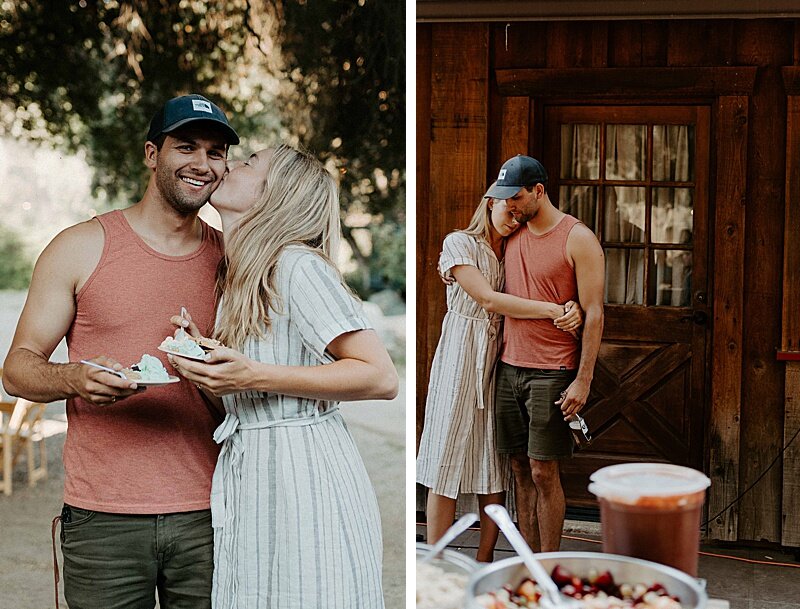 The day of, the couple made many changes to fit the setting and mood. Guests arrived the evening before the wedding day to relax, so this allowed for lots of flexibility! It was important to Aly and Zach that their plans were flexible with what nature had to offer—for example, the river was rushing, so the original plan of having an early morning ceremony and then hanging out in the swimming hole for the rest of the day was a no go – that meant a kiddie pool, rock party, and evening ceremony!

Aly and Zach wrote letters to their parents and gave them gifts—it was so beautiful to watch these two prepare for their families to come together.

Now enjoy photos from the rest of the day! 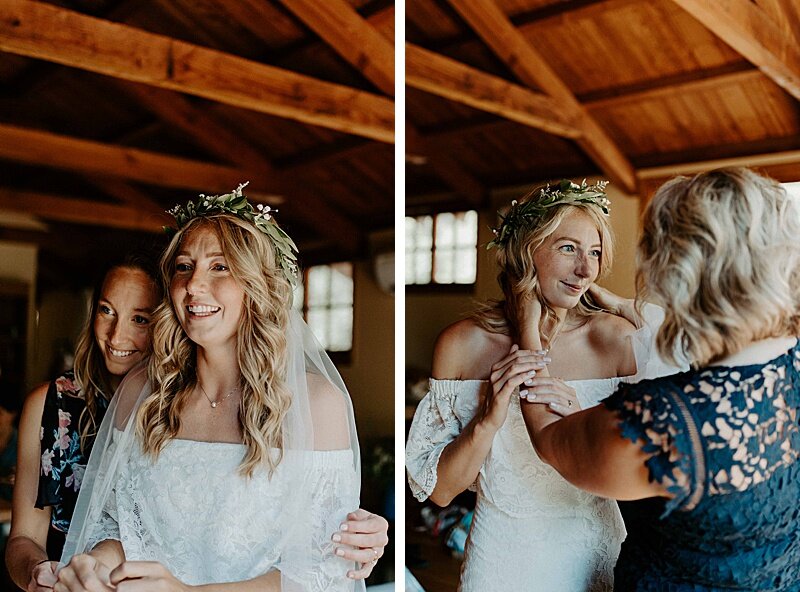 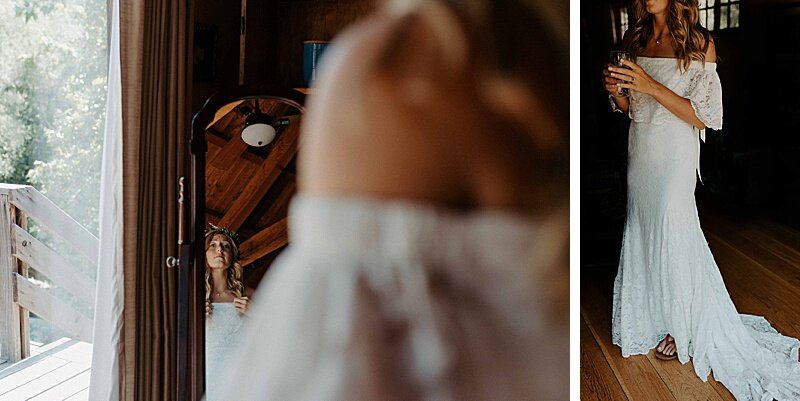 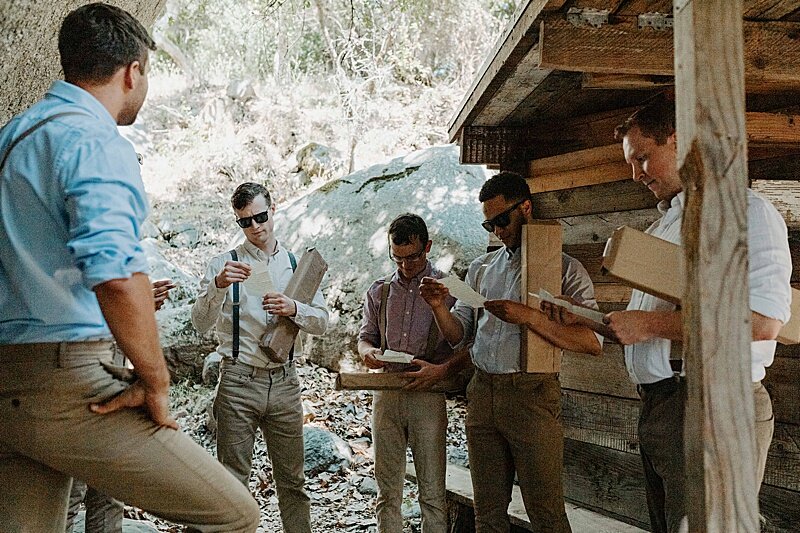 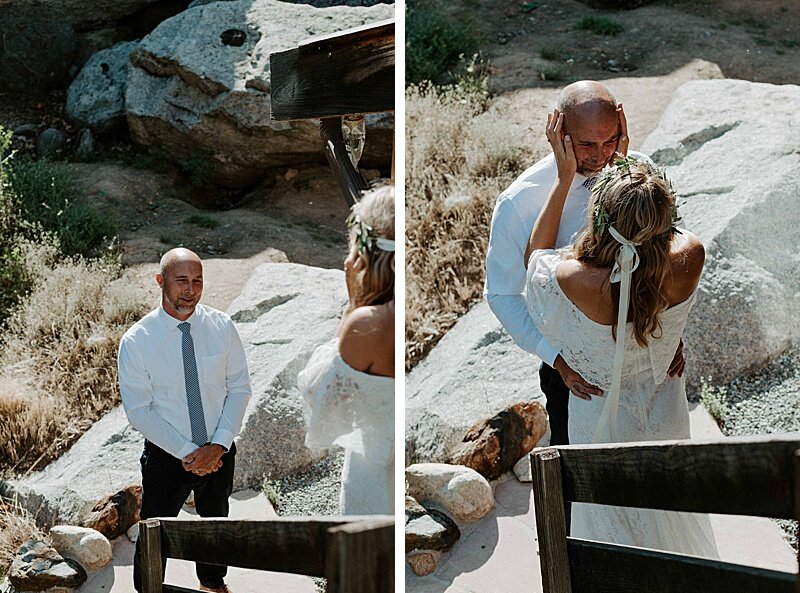 Aly and Zach opted for a first look to get more time to spend with each other during the day, and we got to take lots of photos before the ceremony too! 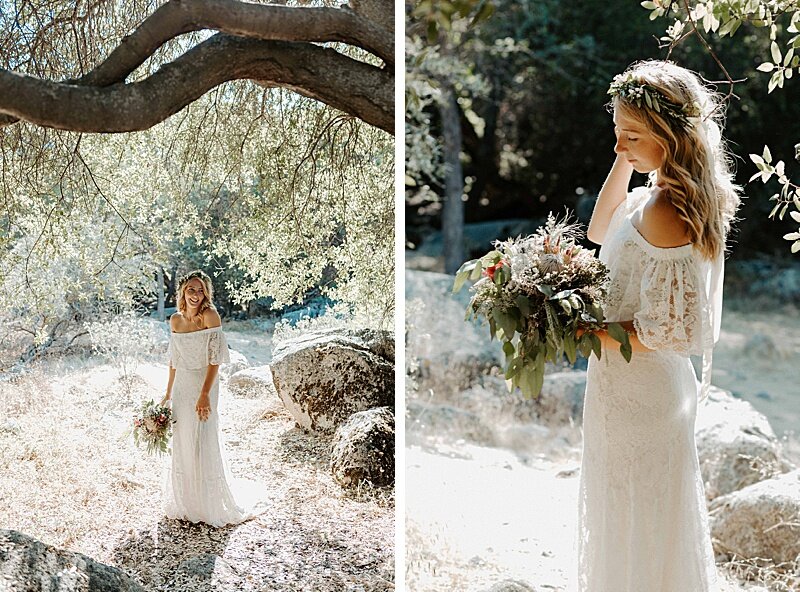 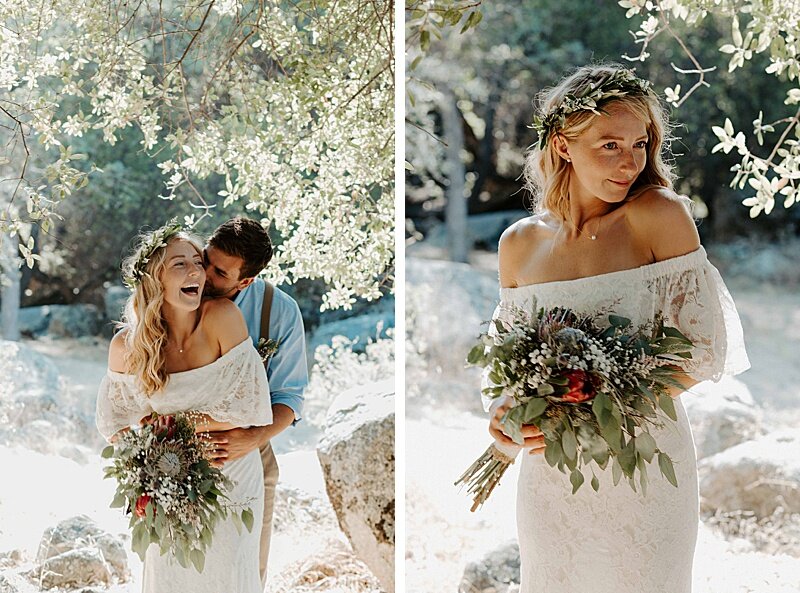 THE CEREMONY. This was a stunning place to have a ceremony, and it was so joyful and emotional. Aly’s words: “By far the most beautiful part of the day, it felt so unreal to be making those promises to my husband. We wrote our own vows, and it was so incredibly worth it. We also had Z’s sister do the sermon, and it was one of the most inspiring messages I have ever heard, and it meant so much to come from someone so close to us.” 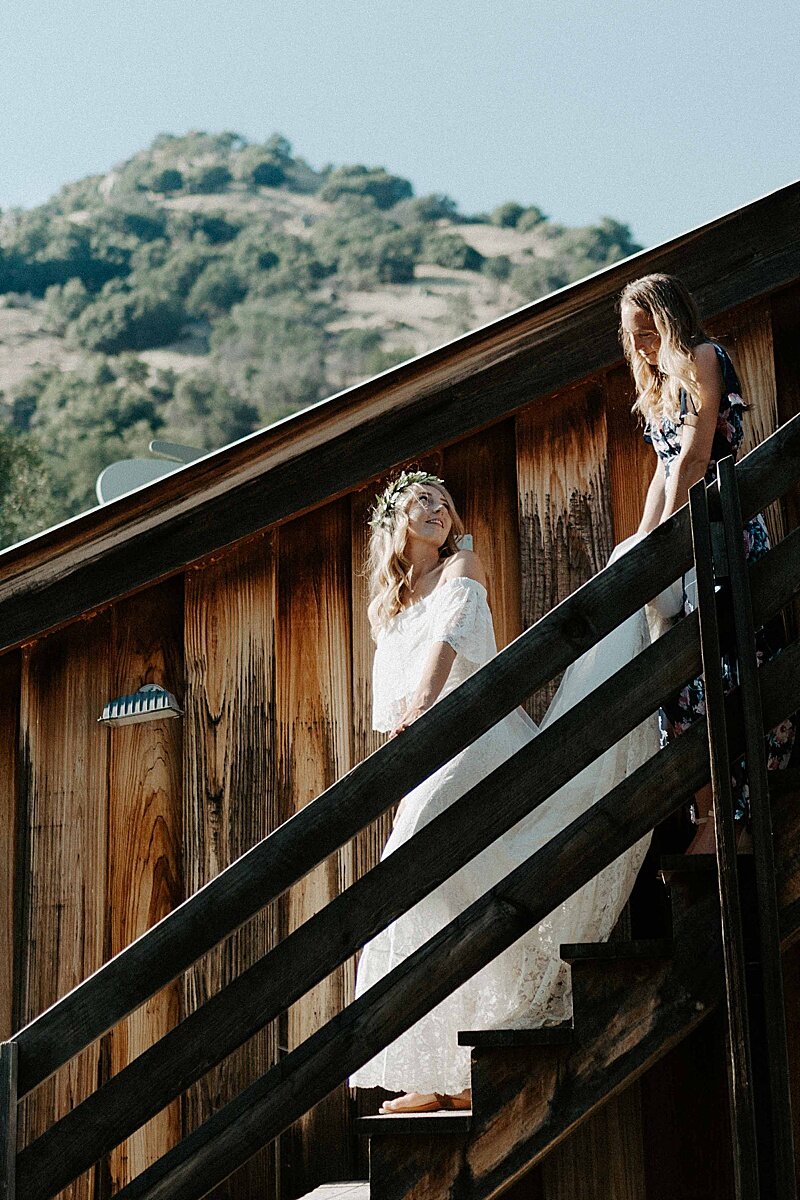 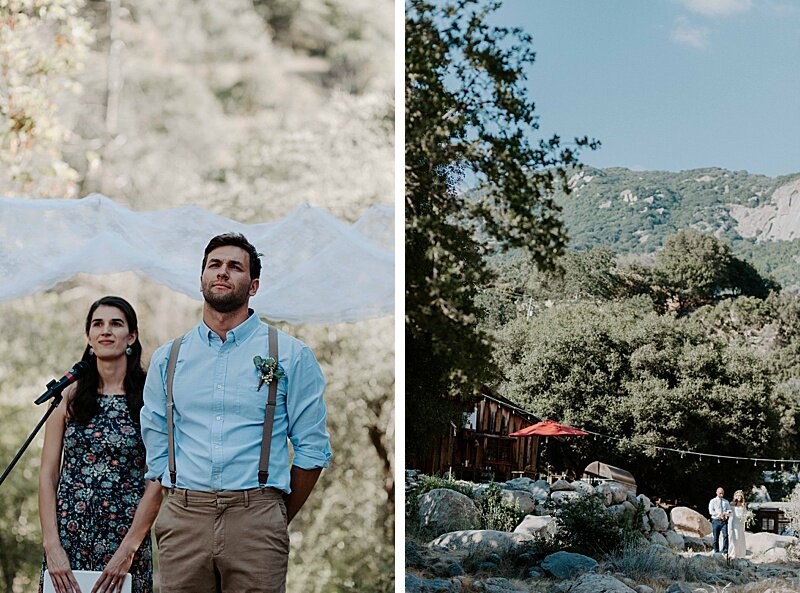 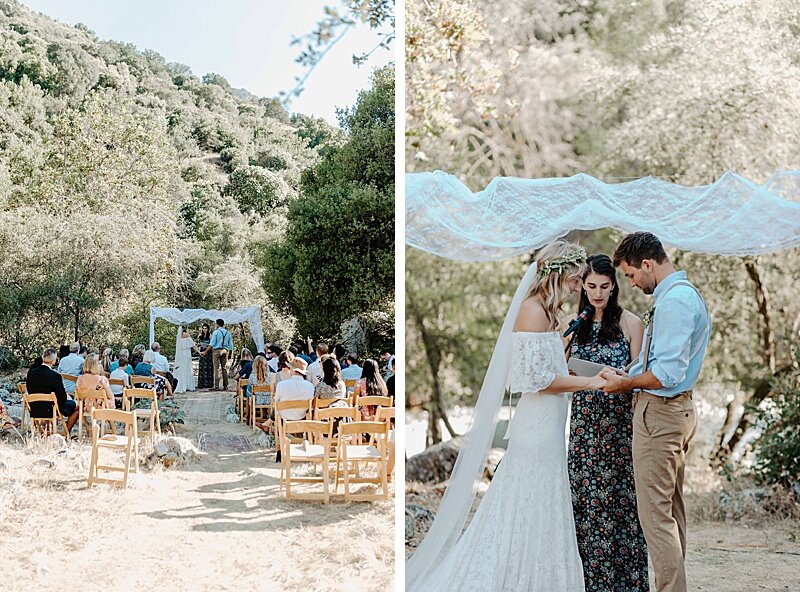 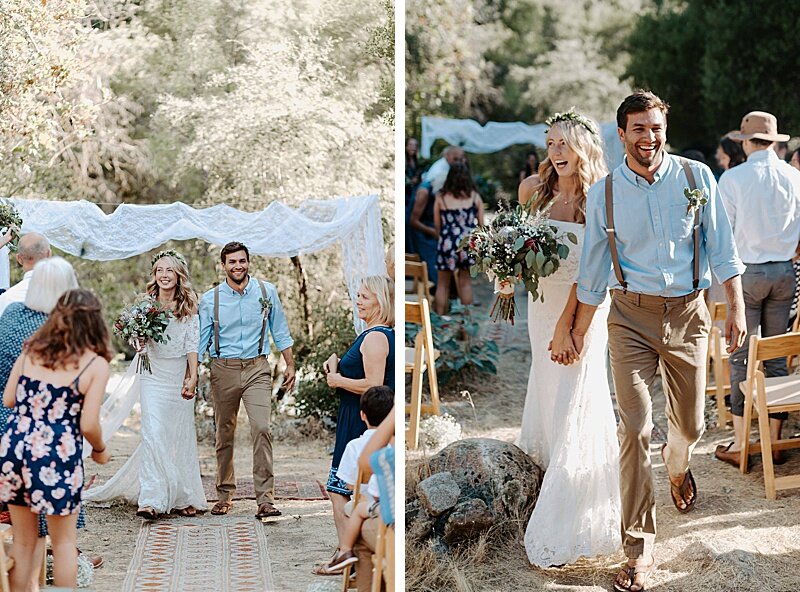 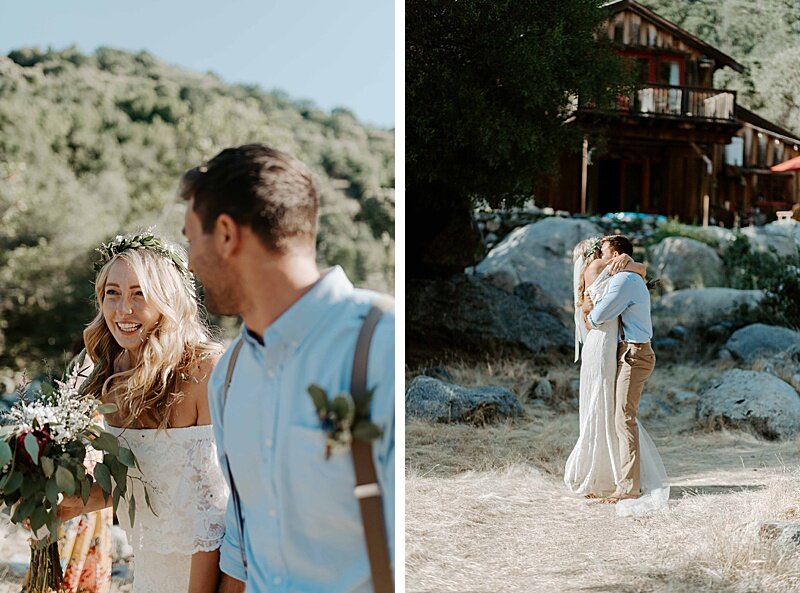 While the reception was getting set up, we snuck away for sunset shots.

Always sneak out for sunset shots! Just look at these!! 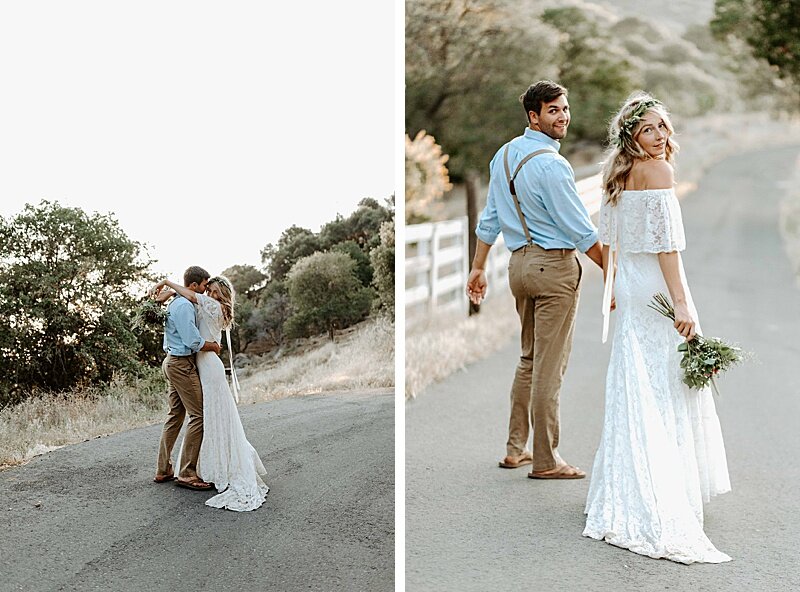 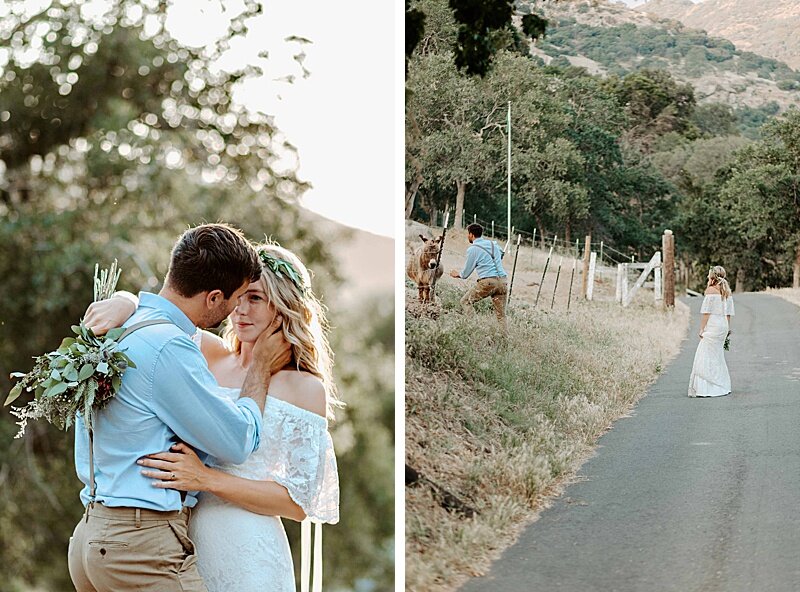 The reception was amazing! Aly put together such a great playlist, and getting both sets of parents to dance under the string lights was amazing.

Some things Aly and Zach hadn’t really practiced/gone over, like cutting the cake! They had no idea what they were doing or how they were “supposed to do it” – it ended up being really silly and fun. 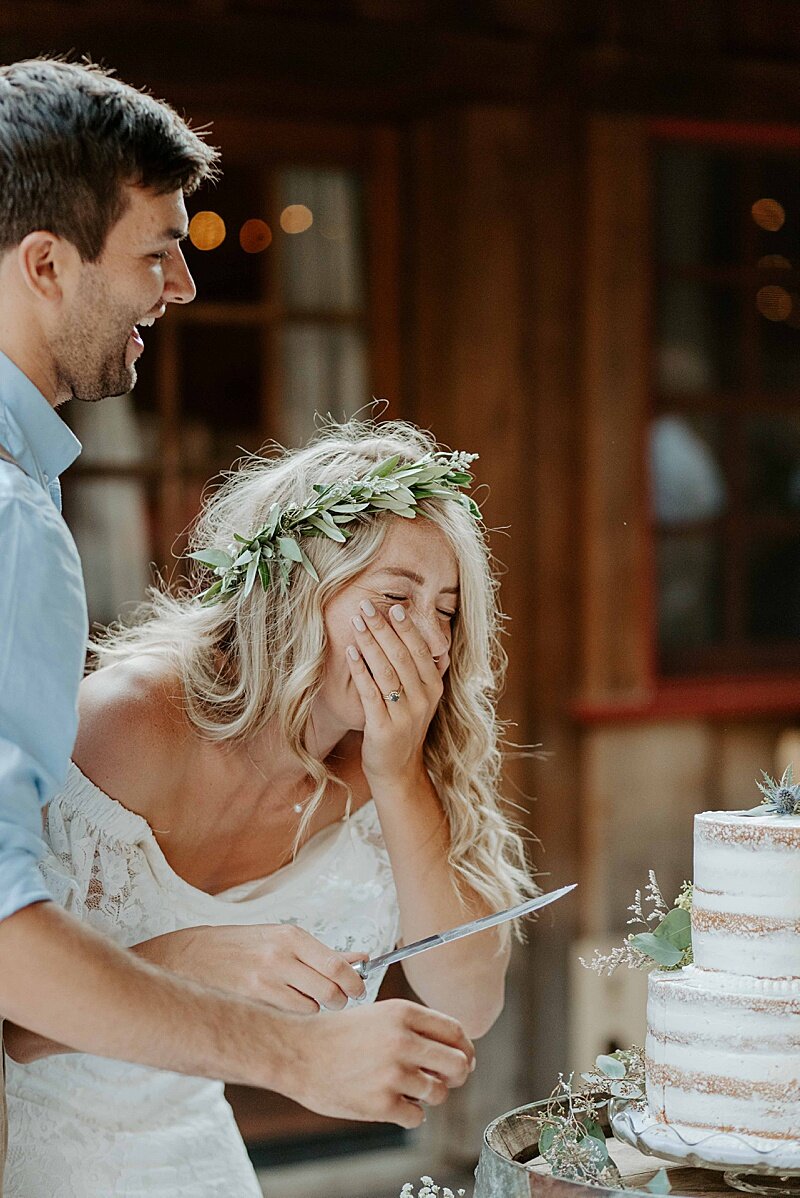 And then they danced the night away! Congrats Aly and Zach!

Also check out their wedding video, shot by my old colleague Tatum Moser and edited by me.

Looking for a wedding photographer? Inquire for your own session!