We flew in to Denver and then Austin’s mom drove us home to Holyoke. I went downstairs and heard Austin tell me to come up because we picked up the wrong suitcase (which was not true because I had just taken my contacts out of the suitcase). When I walked upstairs, I saw a little puppy face peeking out of the suitcase, and they told me it was my new puppy!!

Austin’s sister and mom flew to Louisiana to get him, and then Austin’s mom took care of him for 2 months—I had no idea!! He is so mild tempered and plays well with people and other dogs. Austin’s family has 2 other dogs so I think Charley learned from them. I’m so thankful to Alyssa and Kim for getting him and taking care of him so well!!!

Charley is named after John Steinbeck’s dog (and book Travels with Charley). Steinbeck is Austin’s favorite author. It’s funny because a couple days before we went to Holyoke, I asked Austin if we would name our dog Charley one day. I also asked him the night before if we could get a dog, and he said no.

Living in a 600 square foot apartment with Charley is tricky, but we make it work! Austin takes him to the dog park every morning, takes him on a long walk at lunch and after dinner, and we play a lot to give him about 2 hours of exercise. On weekends we walk him a ton so he sleeps really well.

At 20 weeks, he is house trained (he goes to the door when he has to go to the bathroom), he knows sit, and he’s working on stay, touch, watch, leave it, and drop it. He is starting to get that he needs to sit at curbs before going. He doesn’t really understand down. He has slept through the night without having an accident every night since we’ve had him. Sometimes he’ll cry if something wakes him up but he goes back to sleep! He also barks at trash cans and doesn’t like people at night. During the day, though, he’ll go up to just about anyone and lick their faces. And like any dog, he loves to chase birds and squirrels. He doesn’t mind getting bathed, brushed, and blow dried, which is GREAT.

He got groomed recently, and the groomer didn’t want to cut his hair except where needed because he still has a puppy coat. So the hair on the top of his head is shorter now, and he has a middle part, which makes him look hilarious!! We love it. We love him. He’s supposed to be max 20-25 pounds. Right now he’s a little over 10! 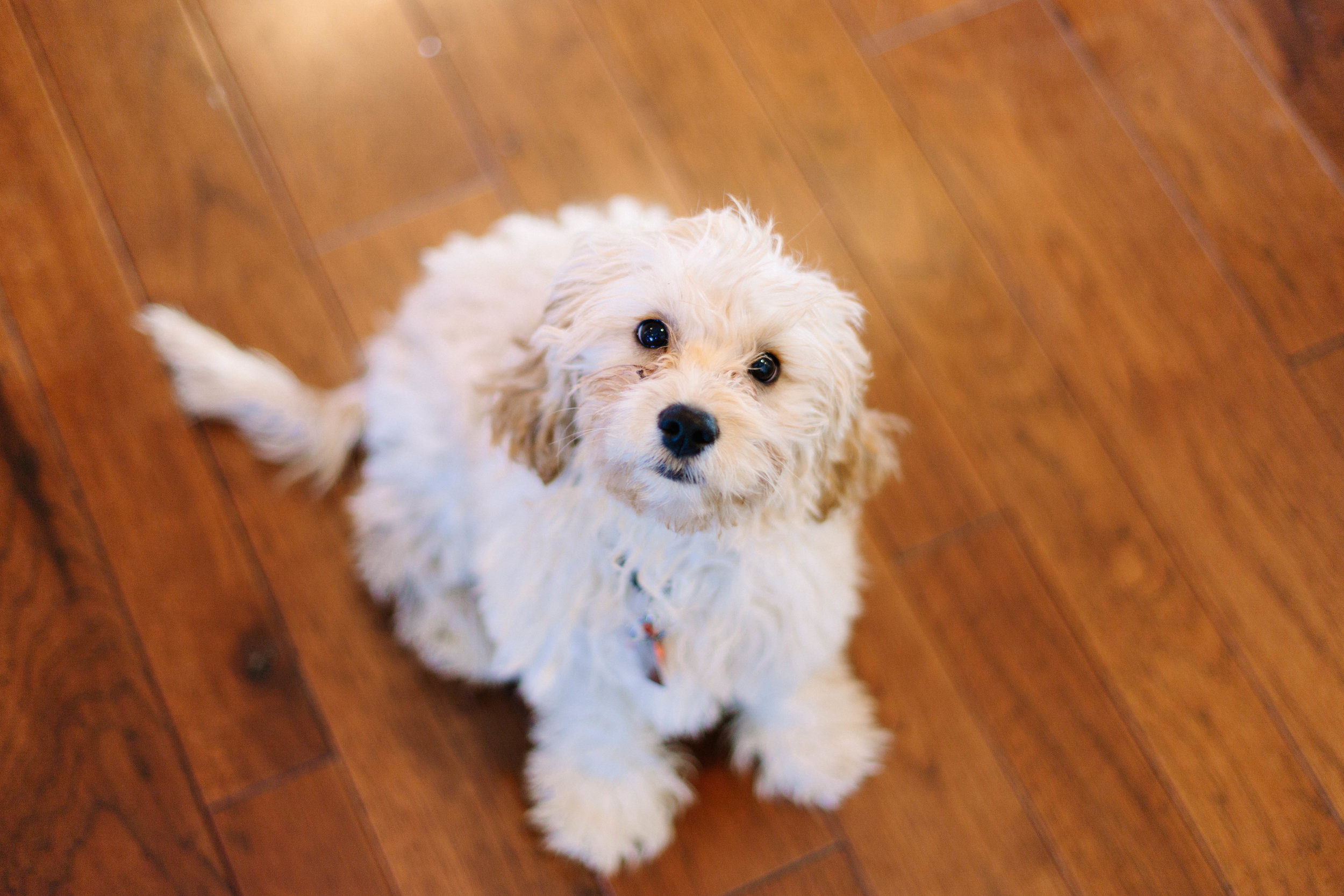 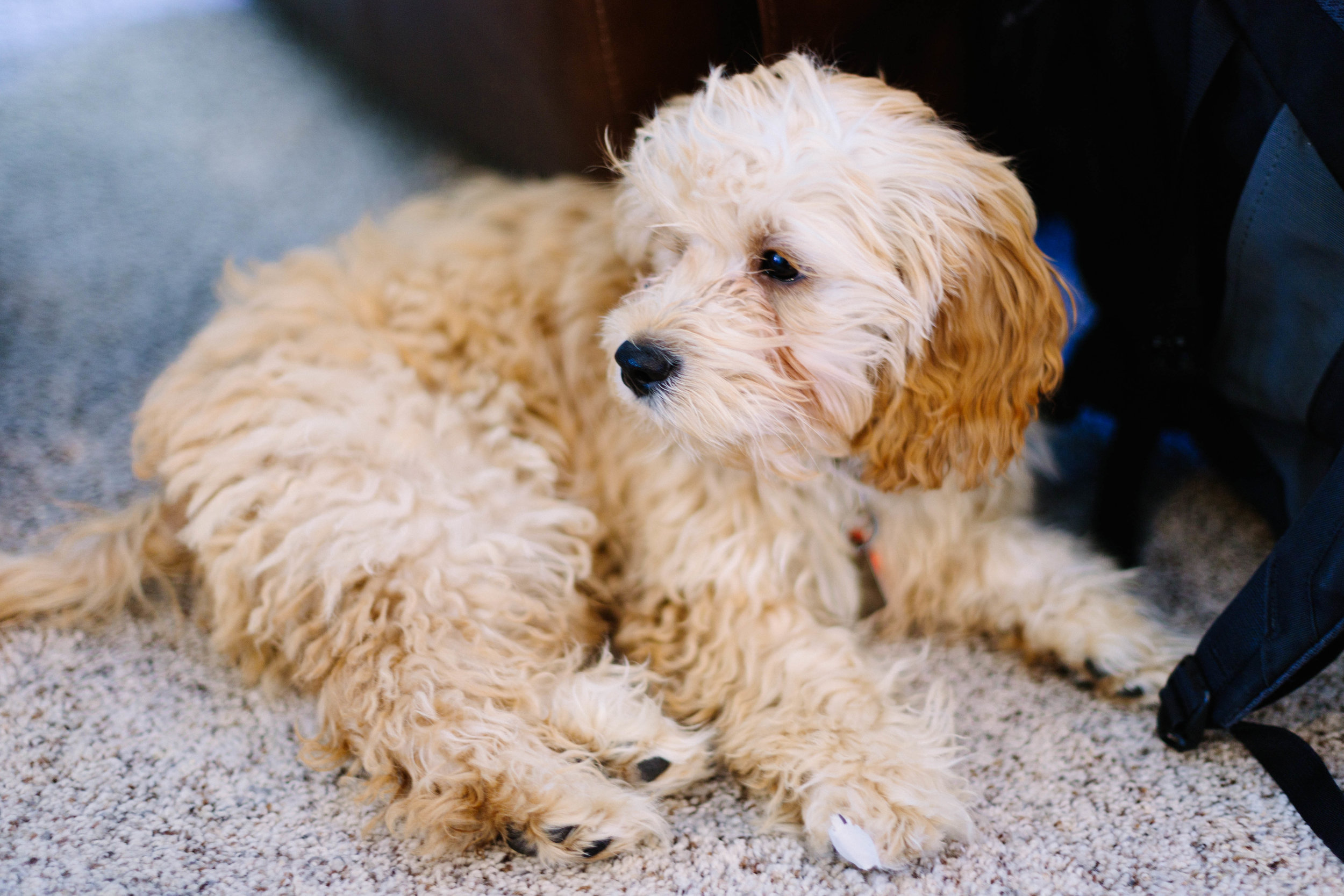 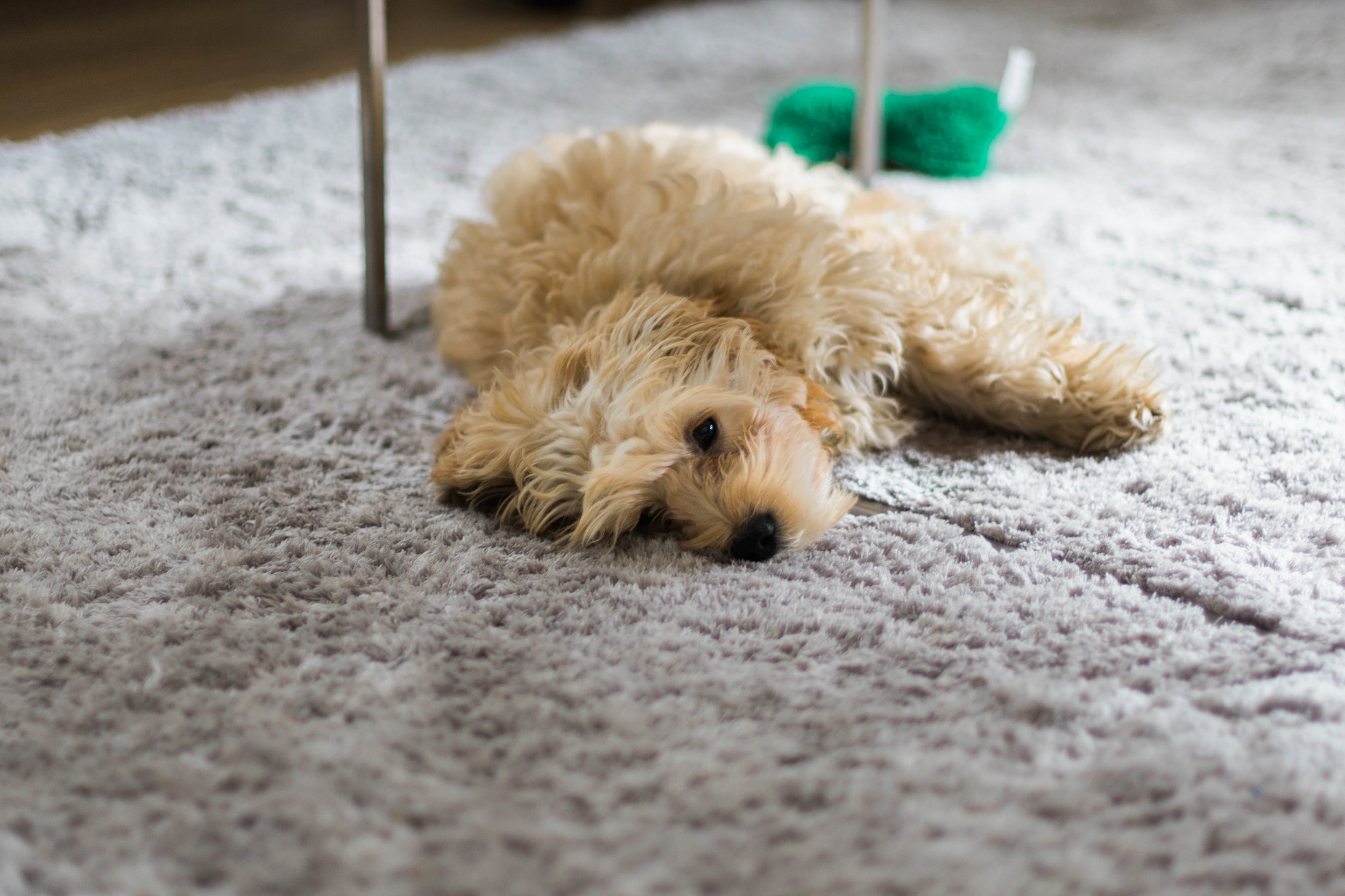 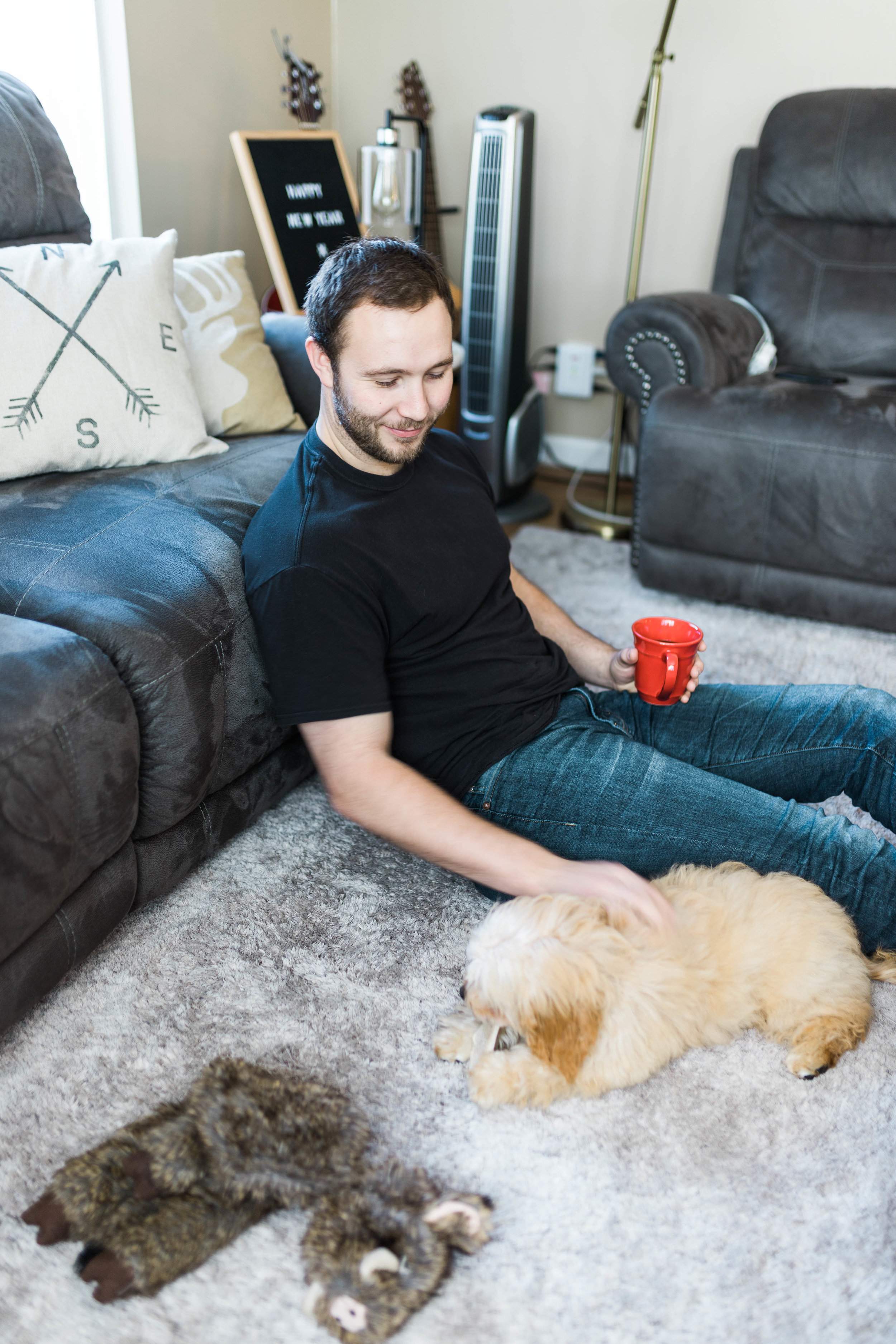 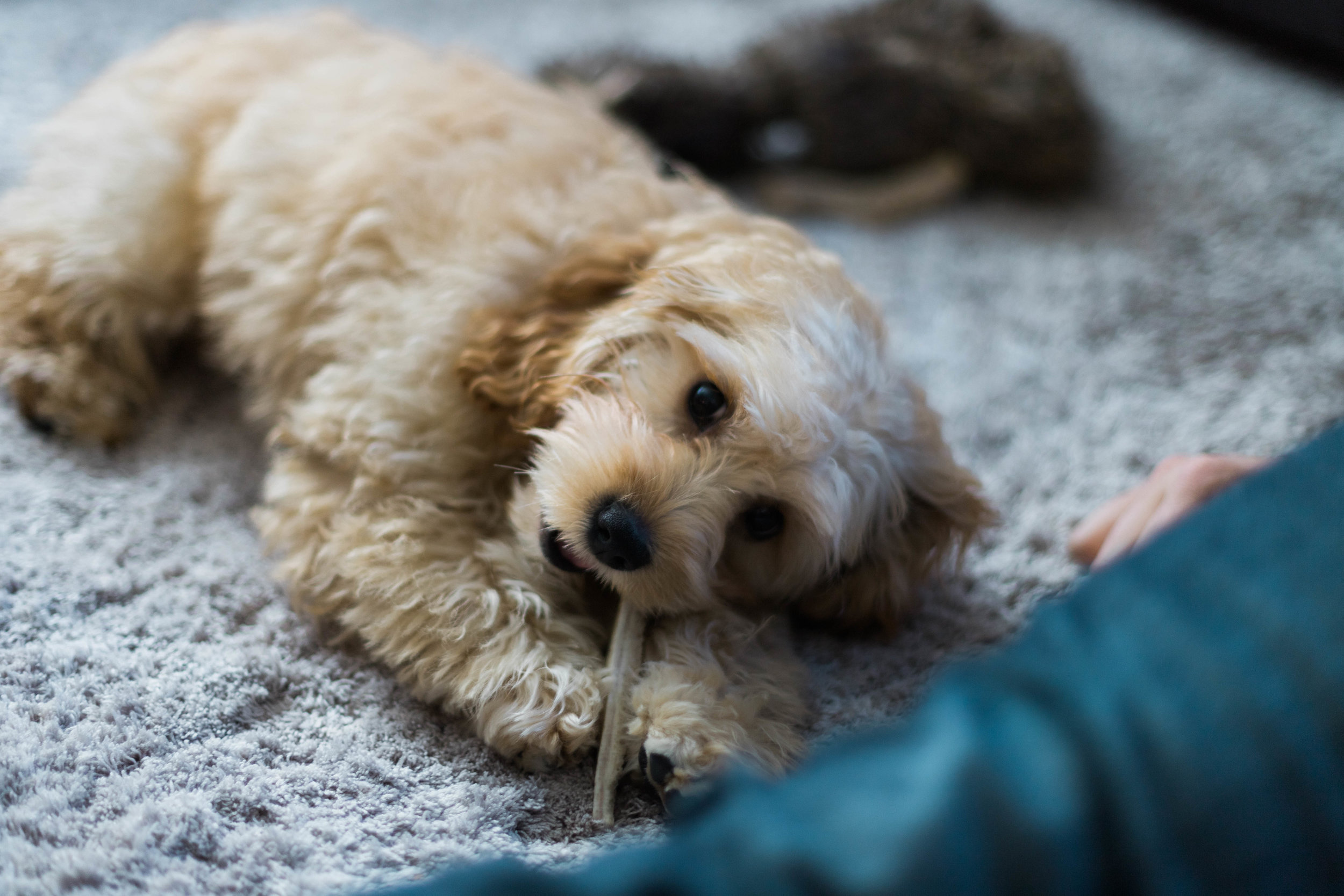 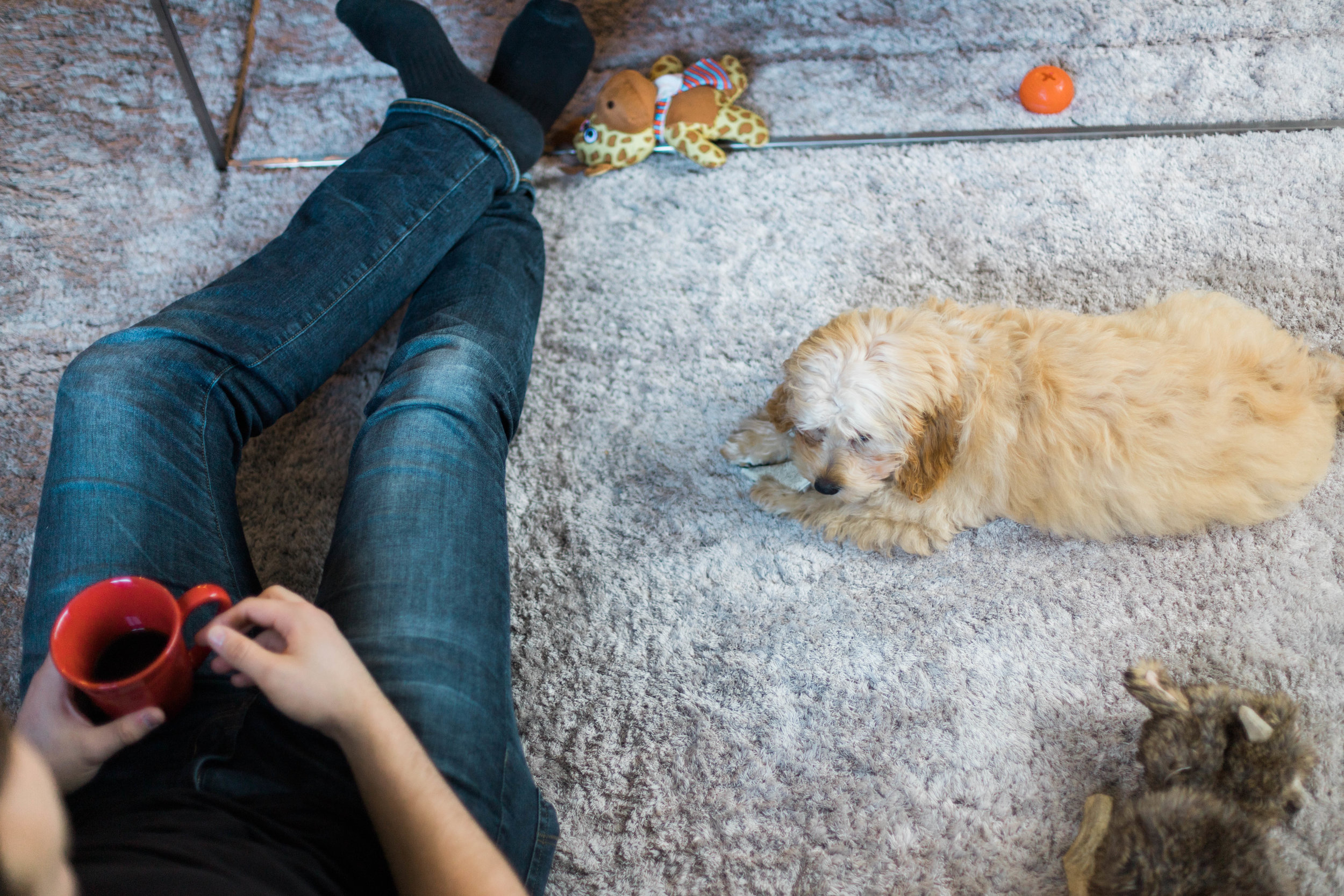 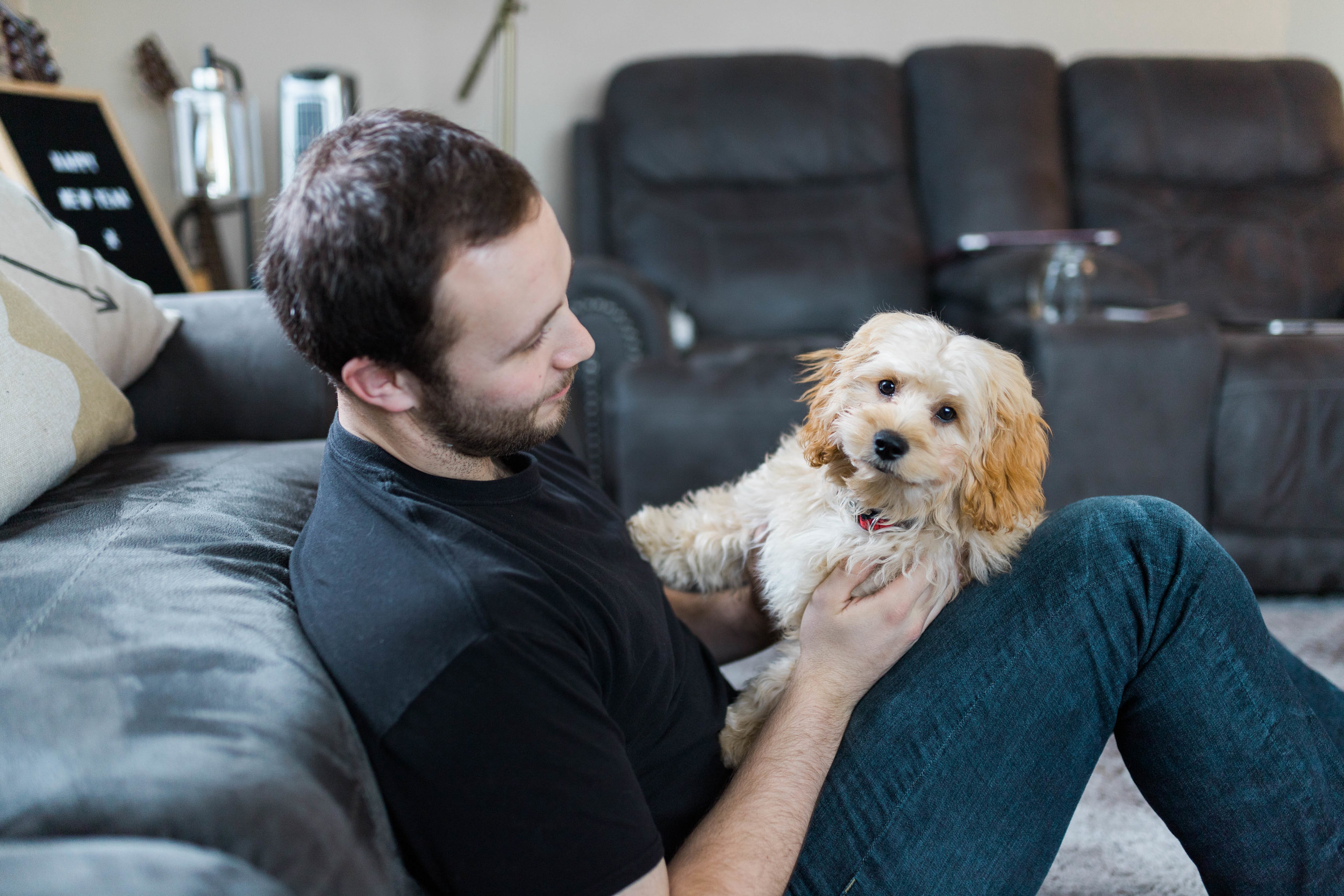 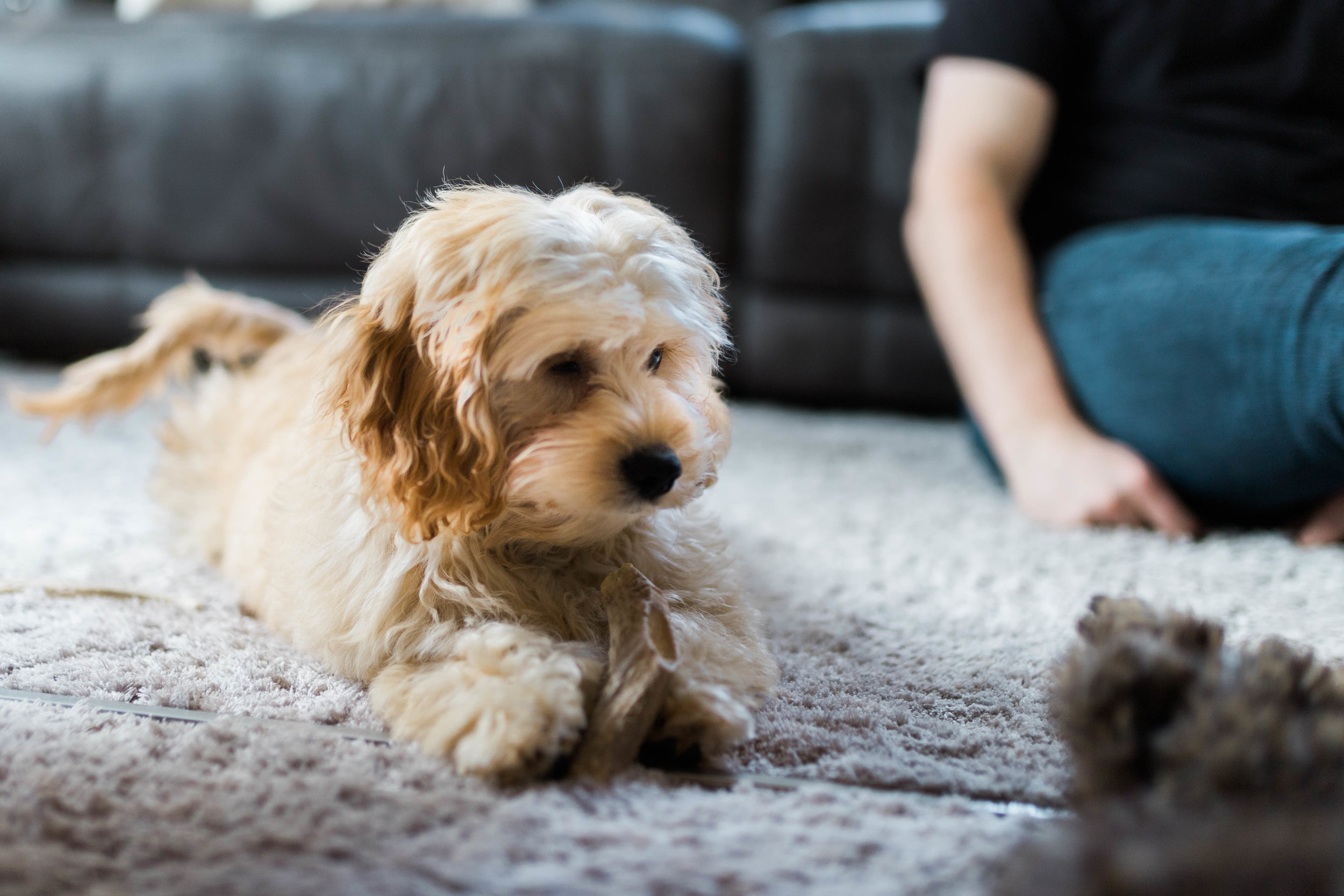 Want pictures of your puppy? Inquire!